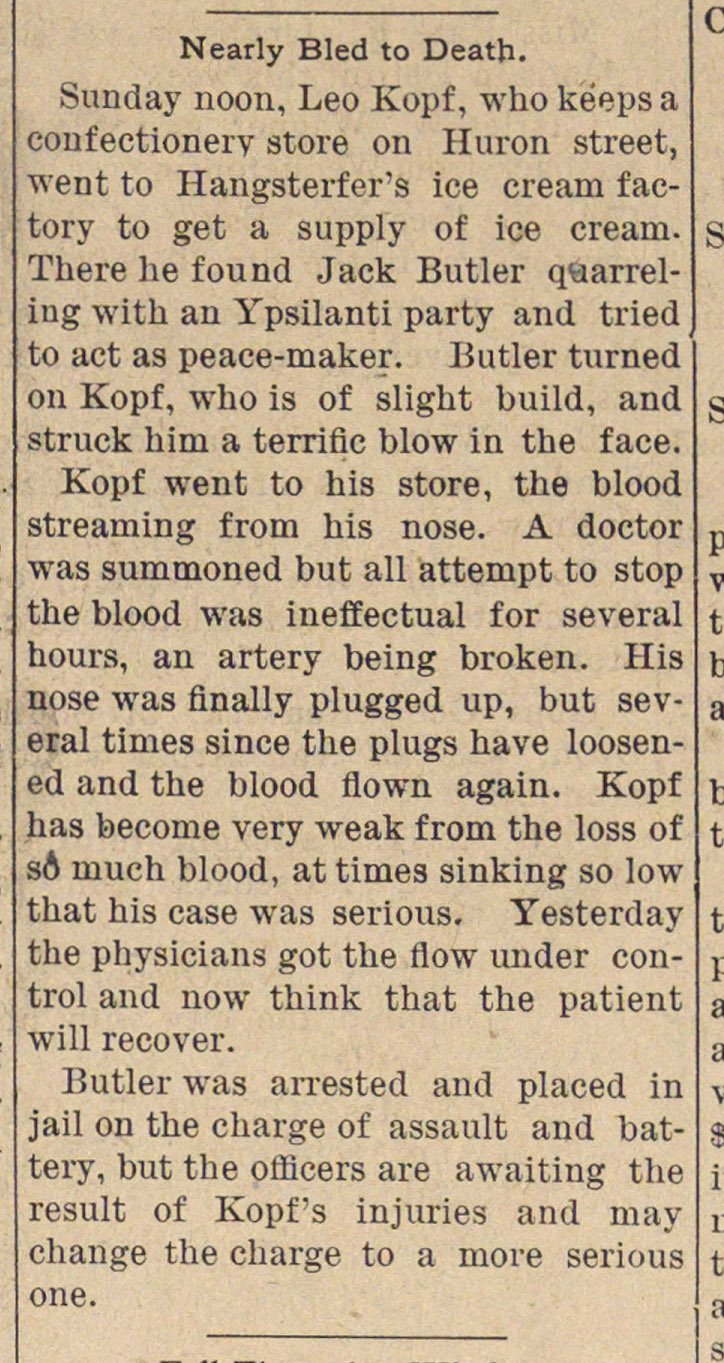 Sunday noon, Leo Kopf, who kéepsa coufectionerv store on Hurón street, went to Hangsterfer's ice cream factory to get a supply of ice cream. Tliere he found Jack Butler qaarreling with an Ypsilanti party and tried to act as peace-maker. Butler turned on Kopf, who is of slight build, and struck him a terriflc blow in the face. Kopf went to his store, the blood streaming from his nose. A doctor was sumtnoned but all attempt to stop the blood was ineffectual for several hours, an artery being broken. His nose was flnally plugged up, but several times since the plugs have loosened and the blood flown again. Kopf has become very weak from the loss of sA much blood, at times sinking so low that his case was serious. Yesterday the physicians got the flow under control and now think that the patiënt will recover. Butler was arrested and placed in jail on the charge of assault and battery, but the officers are awaiting the result of Kopf's injuries and may change the charge to a more serious one.