Sketch Of A Pioneer 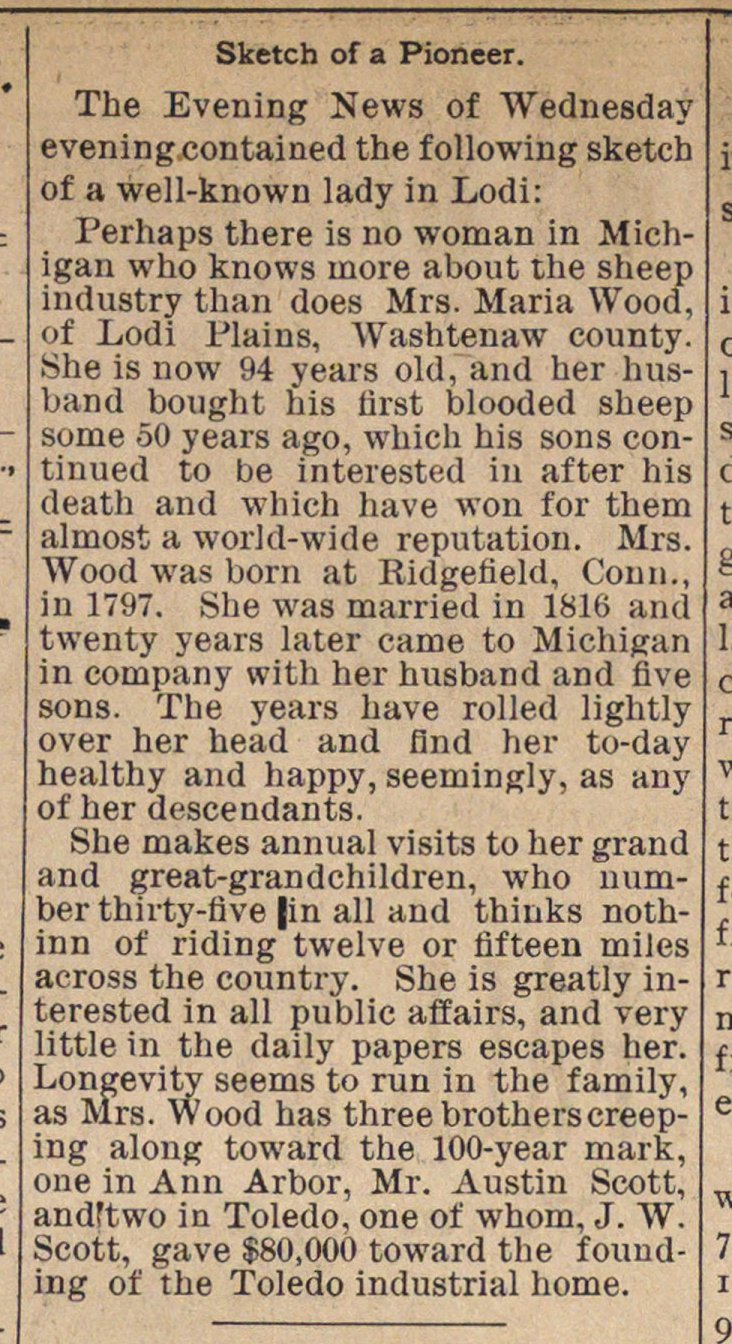 The Evening News of "Wednesday eveningcontained the following sketch of a well-known lady in Lodi: Perhaps there is no woman in Michigan who knows more about the sheep industry than does Mrs. Maria Wood, of Lodi Plains, Washtenaw county. She is now 94 years old, and her husband bou glit his lirst blopded sheep some 50 years ago, which his sons continued to be interested in after his death and which have won for them almost a world-wide reputation. Mrs. Wood was boni at Kidgefield, Conn., in 1797. She was married in 1816 and twenty years later carne to Michigan in company with her husband and five sons. The years have rolled lightly over her head and flnd her to-day healthy and happy, seemingly, as any of her descendants. She makes annual visits to her grand and great-grandchildren, who number thirty-five in all and thiuks nothinn of riding twelve or fifteen miles across the country. She is greatly interested in all public affairs, and very little in the daily papers escapes her. Longevity seems to run in the family, as Mrs. Wood has threebrotherscreeping along toward the 100-year mark, one in Ann Arbor, Mr. Austin Scott, andftwo in Toledo, one of whom, J. W. Scott, gave $80,000 toward the founding of the Toledo industrial home.