He Lost His Foot 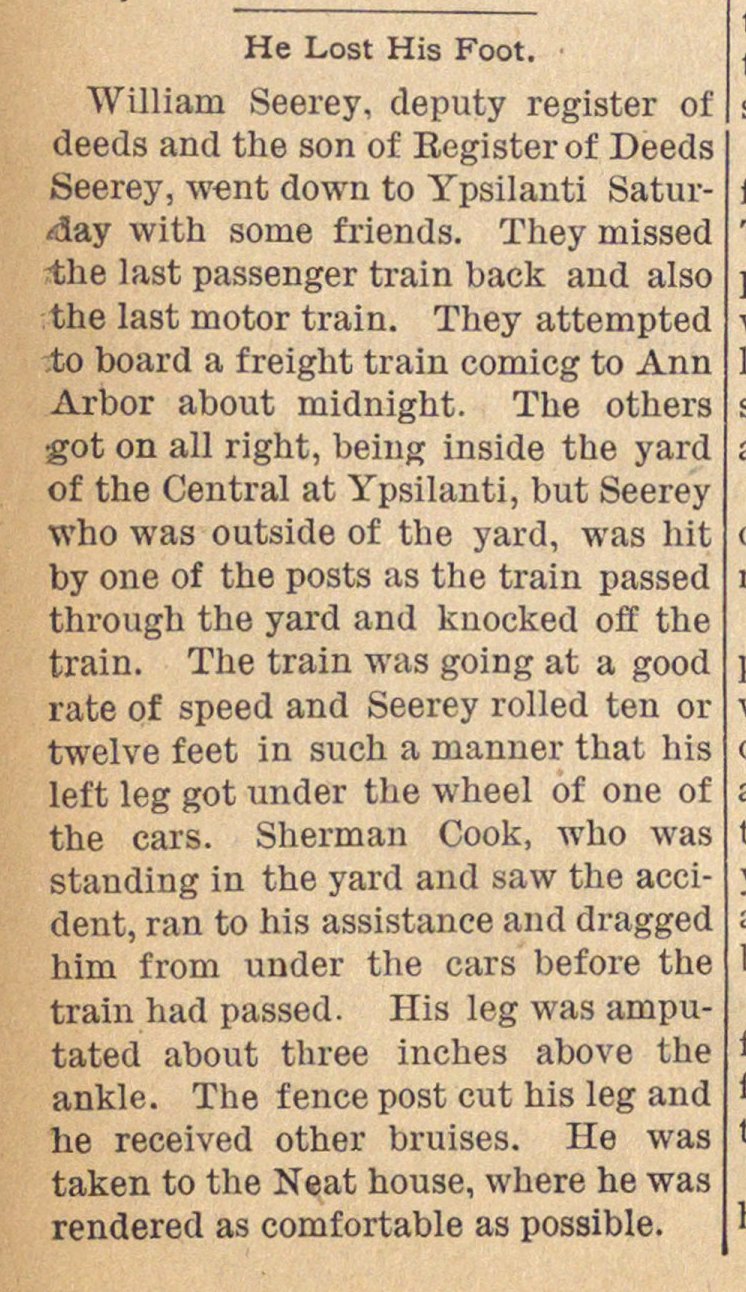 William Seerey, deputy register of deeds and the son of Eegisterof Deeds Seerey, went down to Ypsilanti Saturday with some friends. They missed the last passenger train back and also the last motor train. They attempted to board a freight train comicg to Ann Arbor about midnight. The others got on all right, being inside the yard of the Central at Ypsilanti, but Seerey who was outside of the yard, was hit by one of the posts as the train passed through the yard and kuocked off the train. The train was going at a good rate of speed and Seerey rolled ten or twelve feet in such a manner that his left leg got under the wheel of one of the cars. Sherman Cook, who was standing in the yard and saw the accident, ran to his assistance and dragged him from under the cars before the train had passed. His leg was amputated about three inches above the ankle. The fence post cut his leg and he received other bruises. He was taken to the Neat house, where he was rendered as comfortable as possible.