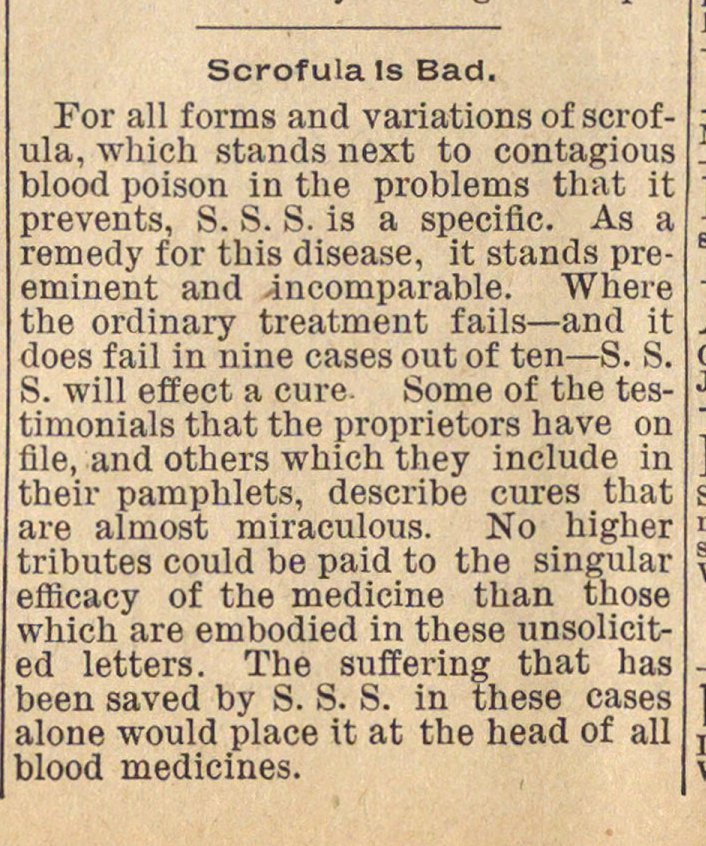 Scrofulais Bad. For all forms and variations of scrofula, which stands next to contagious blood poison in the problems that it prevents, S. S. S. is a specific. As a remedy for this disease, it stands preeminent and incomparable. Where the ordinary treatment fails - and it does fail in nine cases out of ten - S. S. 8. will effect a cure Some of the testimoniáis that the proprietors have on file, and others which they include in their pamphlets, describe cures that are almost miraculous. No higher tributes could be paid to the singular efficacy of the medicine than those which are embodied in these unsolicit3d letters. The suffering that has been saved by S. S. S. in these cases ilone would place it at the head of all alood medicines.