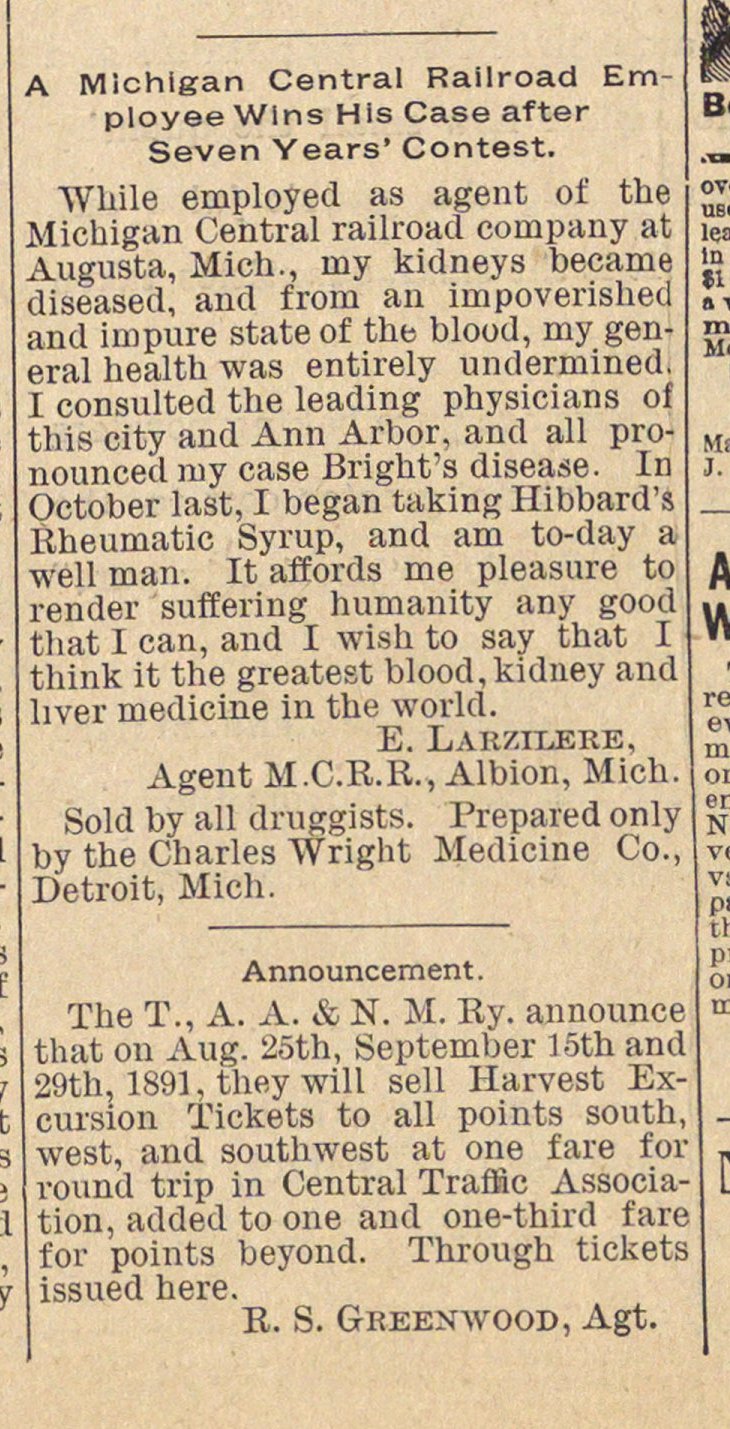 A Michigan Central Railroad Employee Wlns His Case after Seven Years' Contest. "While employed as agent of the Michigan Central railroad company at Augusta, Mich., íny kidneys became diseased, and from an impoverished and i m pure state of the blood, my general health was entirely undermined. I consulted the leading physicians of this city and Ann Arbor, and all pronounced my case Bright's disease. In October last, I began taking Hibbard's Rheumatic Syrup, and am to-day a well man. It affords me pleasure to ren der suffering humanity any good tliat I can, and I wish to say that I think it the greatest blood, kidney and liver medicine in the world. E. Lakzileke, Agent M.C.R.R., Albion, Mich. Sold by all druggists. Prepared only by the Charles Wright Medicine Co., Detroit, Mich. Announcement. The T., A. A. & N. M. Ry. announce bluit on Aug. 25th, September lóth and 29th, 1891, they will sell Harvest Excursión Tickets to all points south, west, and southwest at one iare for round trip in Central Traffic Association, added to one and one-third fare for points beyond. Through tickets issued here. E. S. Gkeenwood, Agt.