Poison Of The Centipede 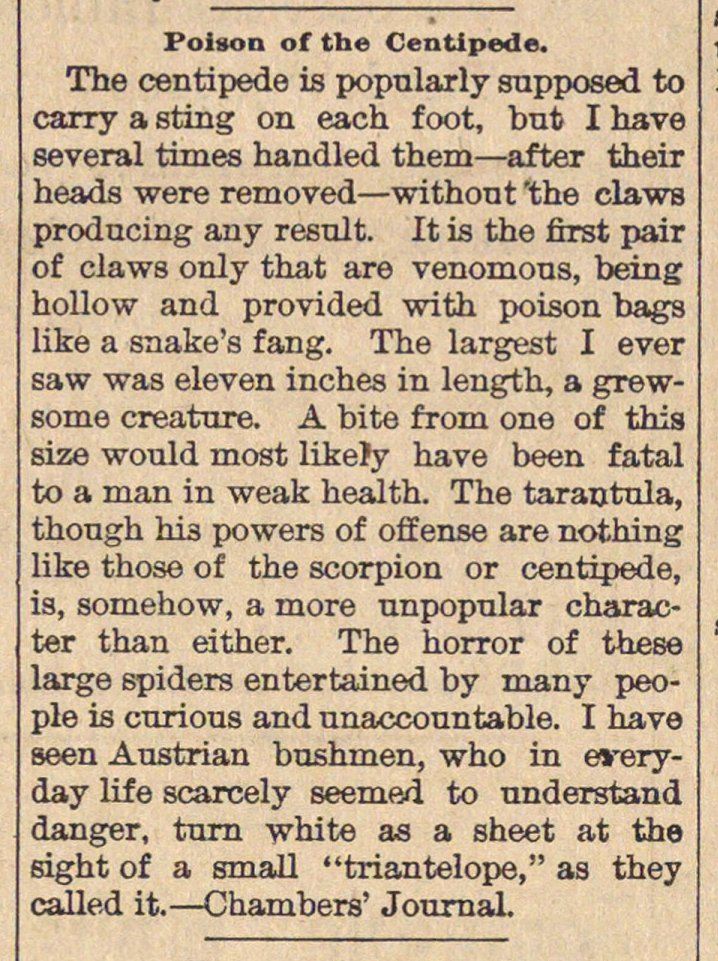 The centipede is popularly supposed to carry a sting on each f oot, bufc I have several times handled them- after their heads were removed - without 'the claws producing any result. It is the first pair of claws only that are venomons, being hollow and provided with poison bags like a snake's fang. The largest I ever saw was eleven inches in length, a grew some creatnre. A bite from one of this size would most likeïy have been fata to a man in weak health. The tarántula thongh hÍ3 powers of offense are nothing like those of the scorpion or centipede is, somehow, a more unpopular character than either. The horror of these large spiders entertained by many people is curious and unacconntable. I have seen Austrian bushmen, who in everyday life scarcely seemed to understanc danger, turn white as a sheet at the sight of a small "triantelope," as they called it.-