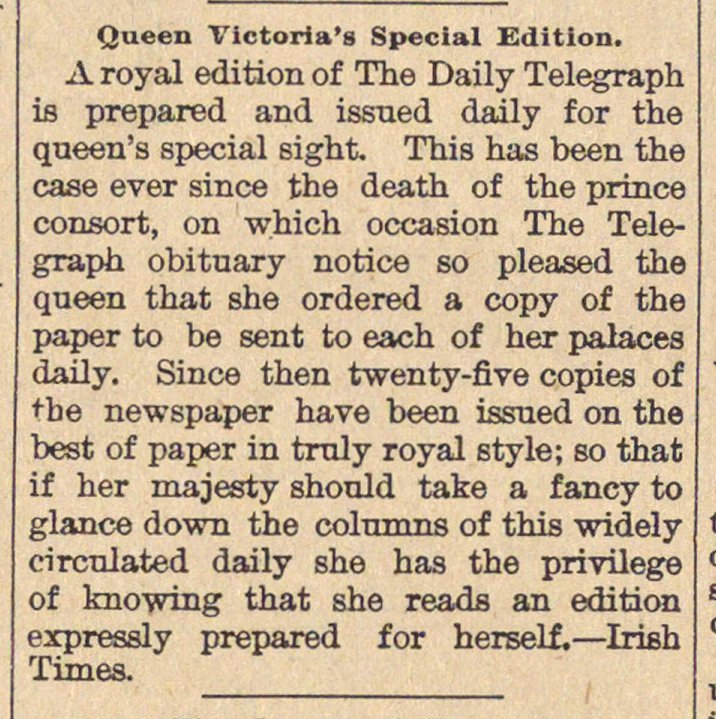 Aroyal ediüon of The Daily Telegraph is prepared and issued daily for the queen's special sight. This has been the case ever since the death of the prince consort, on which occasion The Telegraph obituary notice so pleased the queen that she ordered a copy of the paper to be sent to each of her palaces daüy. Since then twenty-five copies of tbe newspaper have been issned on the best of paper in truly royal style; so that if her majesty should take a fancy to glance down the columns of this widely circnlated daily she has the privilege of knowine that she reads an edition erpressly prepared for herself