Men Who Work After Dark 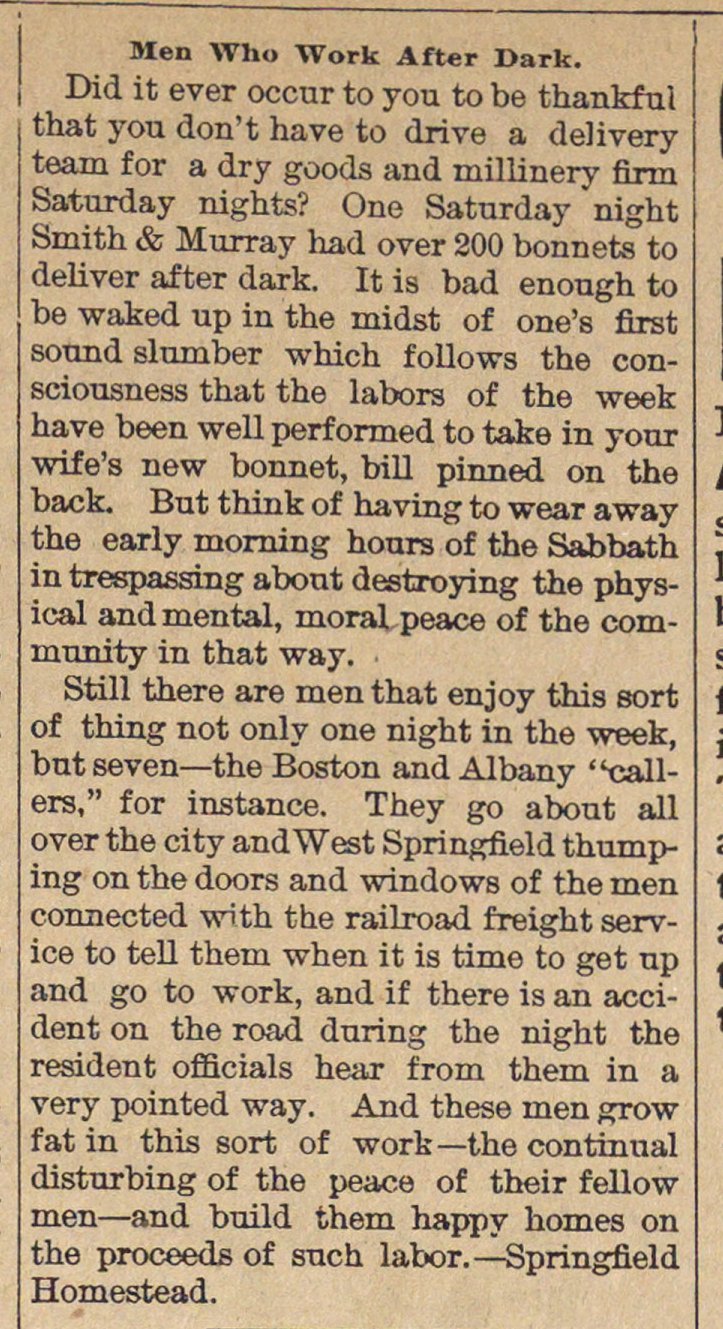 Did it ever occur to you to be thankful that you don't have to drive a delivery team for a dry goods and millinery firm Saturday nights? One Satnrday night Smith & Murray had over 200 bonnets to deliver after dark. It is bad enough to be waked up in the midst of one's first sound slumber which follows the consciousness that the labora of the week have been well perf ormed to take in your wife's new bonnet, bill pinned on the back. But think of ha ving to wear away the early morning hours of the Sabbath in trespassiiig about destroying the physical and mental, moral peace of the community in that way. Still there are men that enjoy this sort of thing not only one night in the week, butseven- the Boston and Albany "callers," for instance. They go about all over the city andWest Springfield thumping on the doors and windows of the men connected with the railroad freight service to teil them when it is time to get up and go to work, and if there is an accident on the road during the night the resident officials hear trom them in a very pointed way. And these men grow f at in this sort of work- the continual disturbing of the peace of their fellow men - and build them haonv homes on the Droceeds of such labor.