Sued' For Its Repudiated Bonds 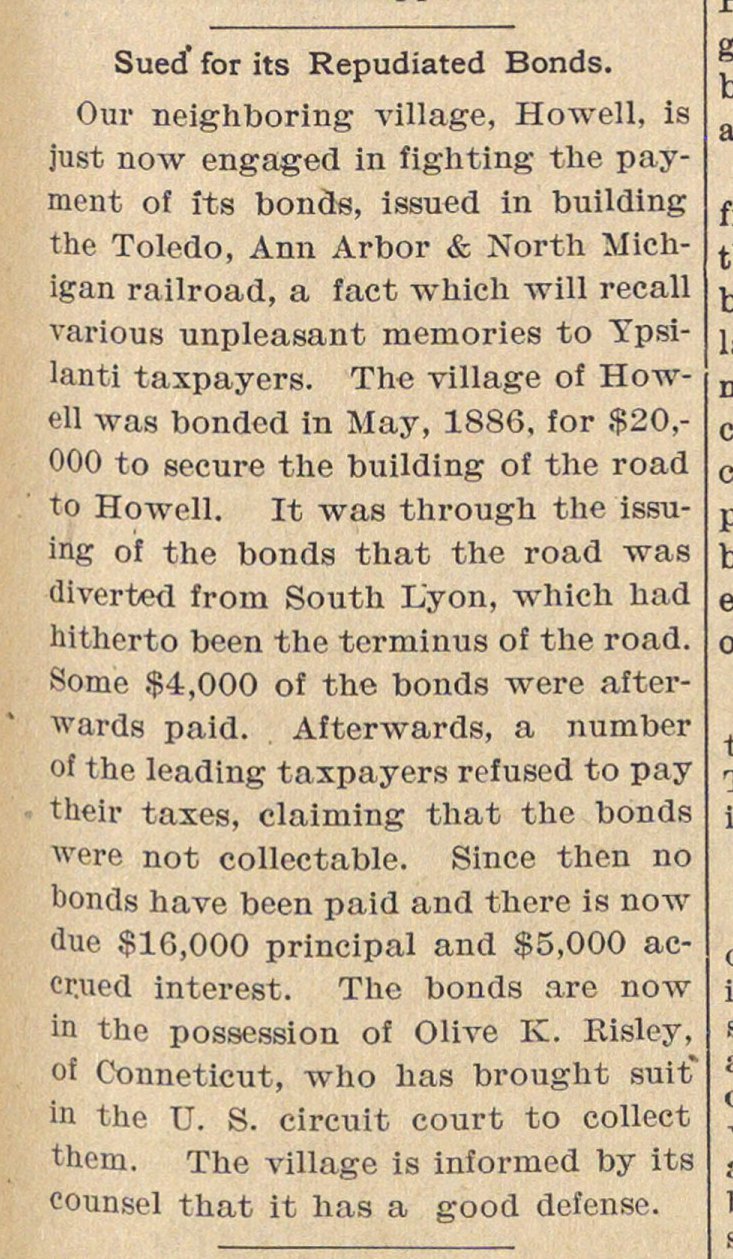 Our neighboring village, Howell, is just now engaged in fighting the payment of ïts bonds, issued in building the Toledo, Ann Arbor & North Michigan railroad, a fact which will recall various unpleasant memories to Ypsilanti taxpayers. The village of Howell was bondcd in May, 1886, for $20,000 to secure the building of the road to Howell. It was through the issuing of the bonds that the road was livcTted frorn South L'yon, which had hitherto been the terminus of the road. Some $4,000 of the bonds were afterwards paid. Afterwards, a number of the leading taxpayers refused to pay their taxes, claiming that the bonds were not collectable. Since then no boncis have been paid and thcre is now due $16,000 principal and $5,000 accr.ued interest. The bonds are now in the possession of Olive K. Risley, of Conneticut, who has brought suit in the U. S. circuit court to collect them. The village is informed by its counsel that it has a good defense.