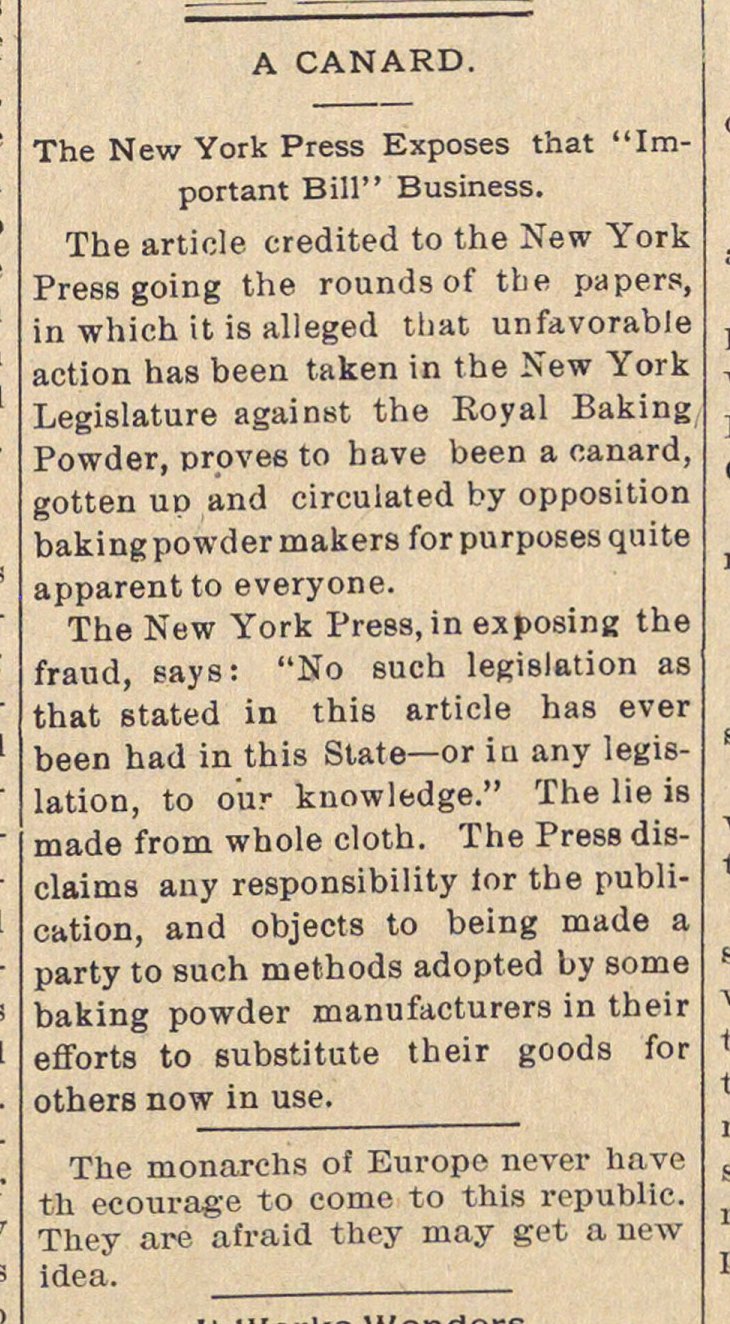 The article credited to the New York Press going the rounds of tbe papers, in which it is alleged that unfavorable action has been taken in the New York Legislature against the Royal Baking Powder, provee to have been a canard, gotten up and eirculated by opposition bakingpowder makers for purposes quite apparent to everyone. The New York Press, in exposing the fraud, says: "No such legislation as that stated in this article has ever been had in this State- or ia any legislation, to o'ur knowledge." The lie is made from whole cloth. The Press disclaims any responsibility lor the publication, and objects to being made a party to such methods adopted by some baking powder manufacturers in their efforts to substitute their goods for others now in use. The monarclis of Europe never hnve th ecourage to come to this republic. Tliey are afraid they may get a new idea.