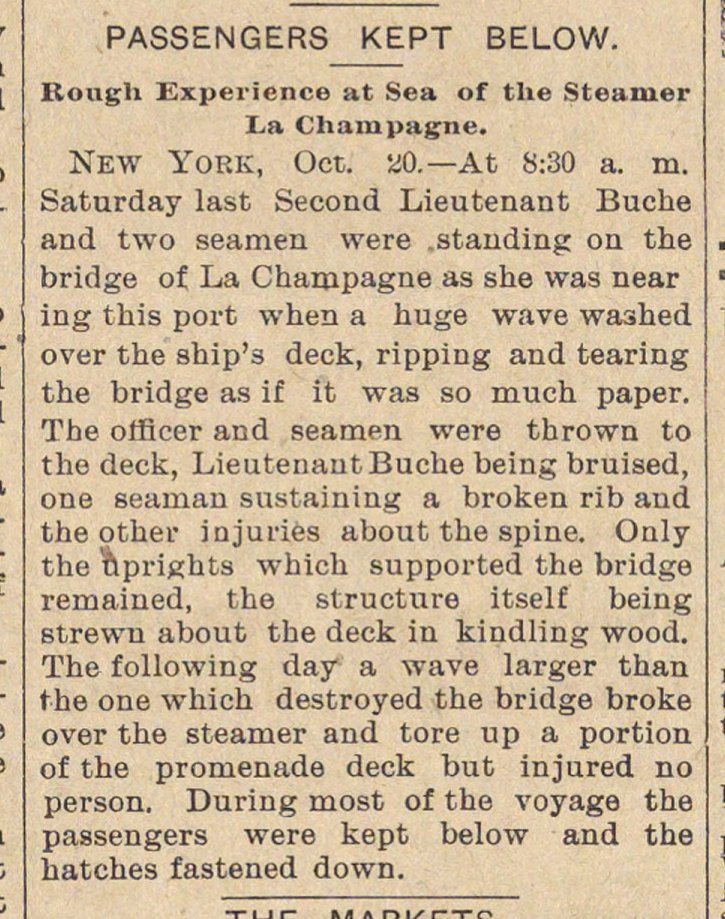 Jnew York, Oct. '0.- At í:30 a. m. Saturday last Second Lieutenant Bucbe and two seamen were .standing on the bridge of La Champagne as she was near ing this port when a huge wave washed over the ship's deck, ripping and tearing the bridge as if it was so much paper. The officer and seamen were thrown to the deck, Lieutenant Buche being bruised, one seainan sustaining a broken rib and the other iojuries about the spine. Only the Ulprights which supported the bridge remained, the structure itself being strewu about the deck in kindling wood. The following day a wave larger than the one which destroyed the bridge broke over the steamer and tore up a portion of the promenade deck but injured no person. During most of the voyage the passengers were kept below and the hatches fastened down.