Not Much Of A War 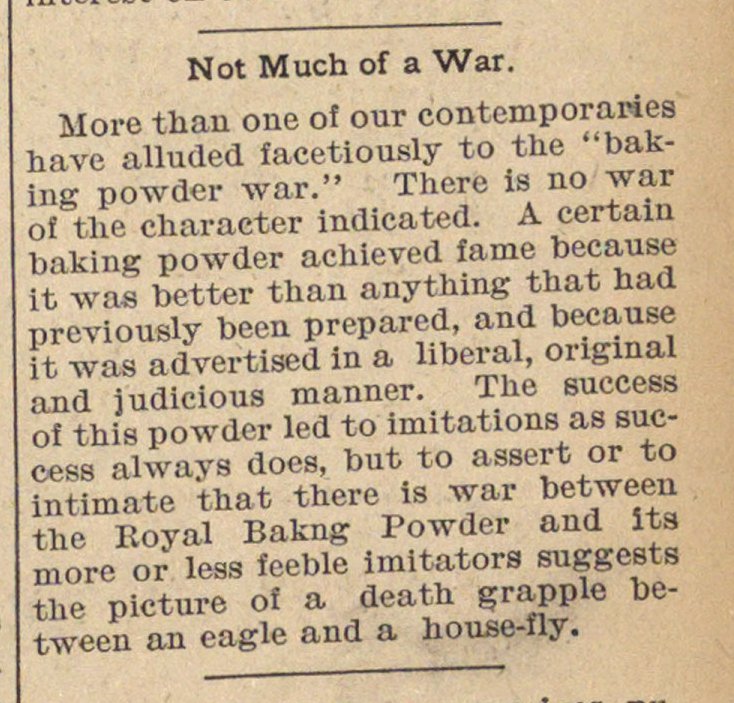 More than one of our contemporaries have alluded facetiously to the "baking powder war." There is no war of the character indicated. A certain baking powder achieved lame because it was better than anything that had previously been prepared, and because it was advertised in a liberal, ongmal and judicious manner. The success of this powder led to imitations as success always does, but to assert or to intímate that there is war between the Koyal Bakng Powder and its more or less feeble imitators suggests the picture of a death grapple between an eagle and a house-fly.