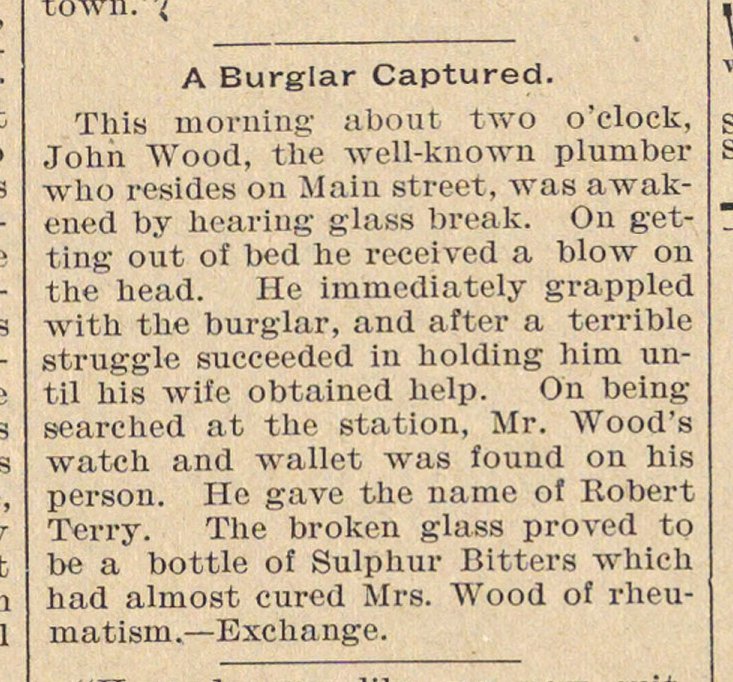 A Burglar Captured. This mornlng about two o'elock, John Wood, the well-known plumber who resides on Main street, was awakened by hearing glass break. On getting out of bed he received a blow on the head. He immediately grappled with the burglar, and after a terrible struggle succeeded in holding him until liis wiíe obtained help. On being searched at the station, Mr. Wood's watch and wallet was found on his person. He gave the name of Bobert The broken glass proved to be a bottle of Sulphur Bitters which had almost cured Mrs. Wood of rheumatism. - Exchange.