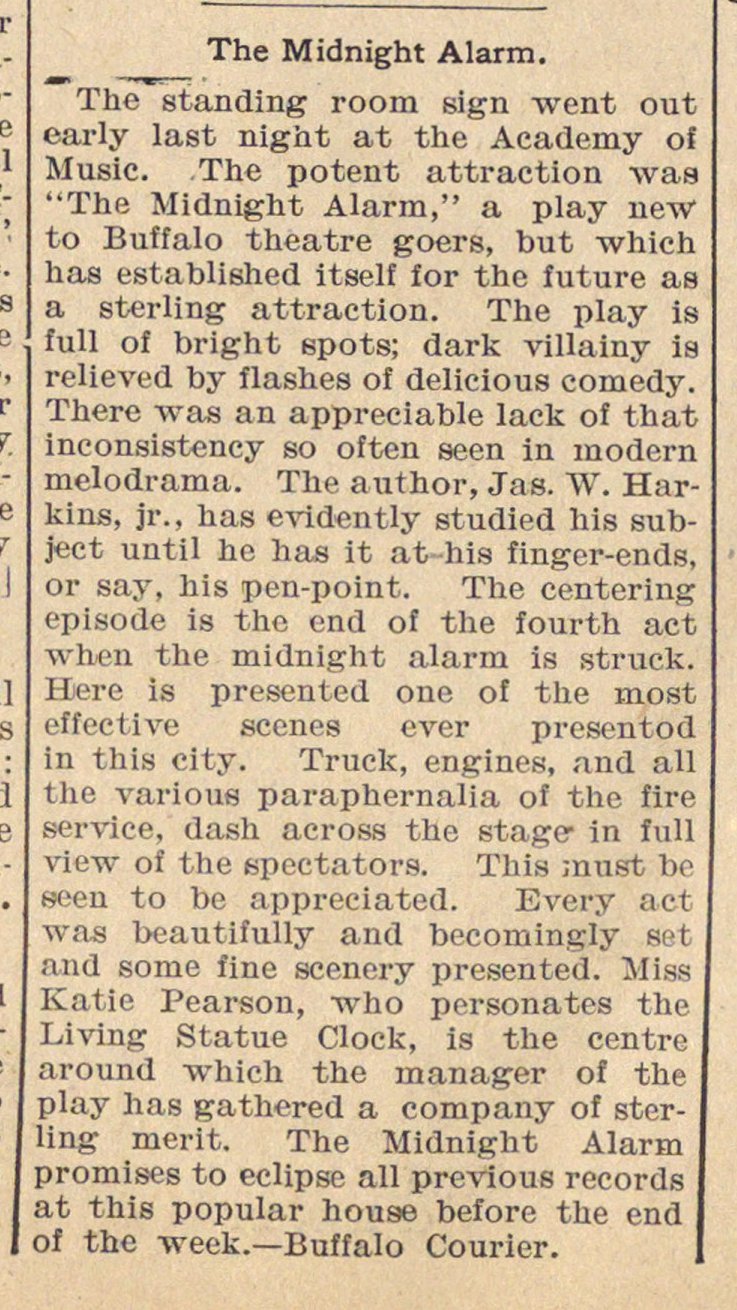 The standing room sign went out early last night at the Academy ol Music. The potent attraction was "The Midnight Alarm," a play new to Buffalo theatre goers, but which has established itself ior the future as a sterling attraction. The play is full of bright spots; dark villainy is relieved by flashes of delicious eomedy. There was an appreciable lack of that inconsistency so often seen in modern melodrama. The author, Jas. W. Harkius, jr., has evidntly studied his subject until he has it at-his finger-ends, or say, his pen-point. The centering episode is the end of the fourth act when the midnight alarm is struck. EDere is presented one of the most effective scènes ever presentod in this city. Truck, engines, and all the various paraphernalia of the fire service, dash across the stage in full view of the spectators. This must bo eeen to be appreciated. Every act was beautifully and becomingly set and some iine scenery presented. Mise Katje Pearson, who personates the Living Statue doek, is the centre around which the manager of the play lias gathered a company of sterling merit. The Midnight Alarm promiees to eclipse all previous records at this popular house before the end oí the