To Speak In Chicago 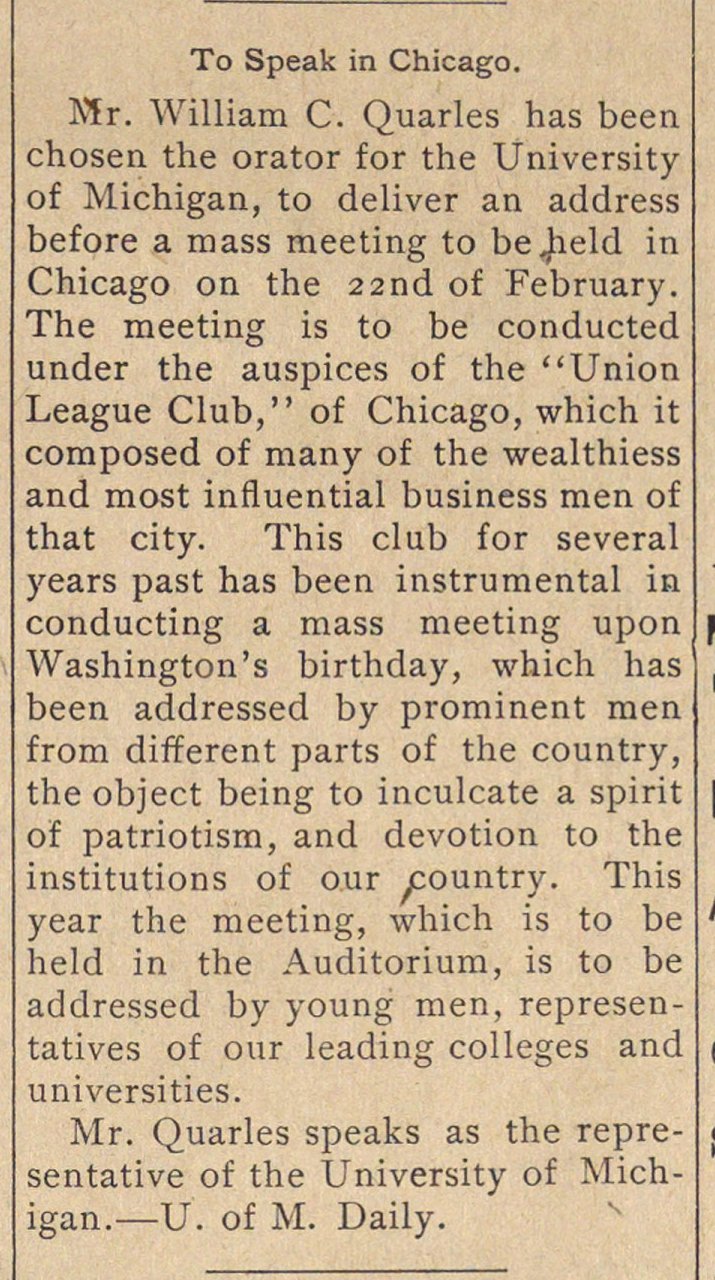 Mr. William C. Quarles has been chosen the orator for the University of Michigan, to deliver an address before a mass meeting to behield in Chicago on the 22nd of February. The meeting is to be conducted under the auspices of the "Union League Club," of Chicago, which it composed of many of the wealthiess and most influential business men of that city. This club for several years past has been instrumental in conducting a mass meeting upon Washington 's birthday, which has Deen addressed by prominent men :rom different parts of the country, the object being to incúlcate a spirit of patriotism, and devotion to the institutions of our ountry. This year the meeting, which is to be lield in the Auditorium, is to be addressed by young men, represenïatives of our leading colleges and universities. Mr. Quarles speaks as the representative of the University of