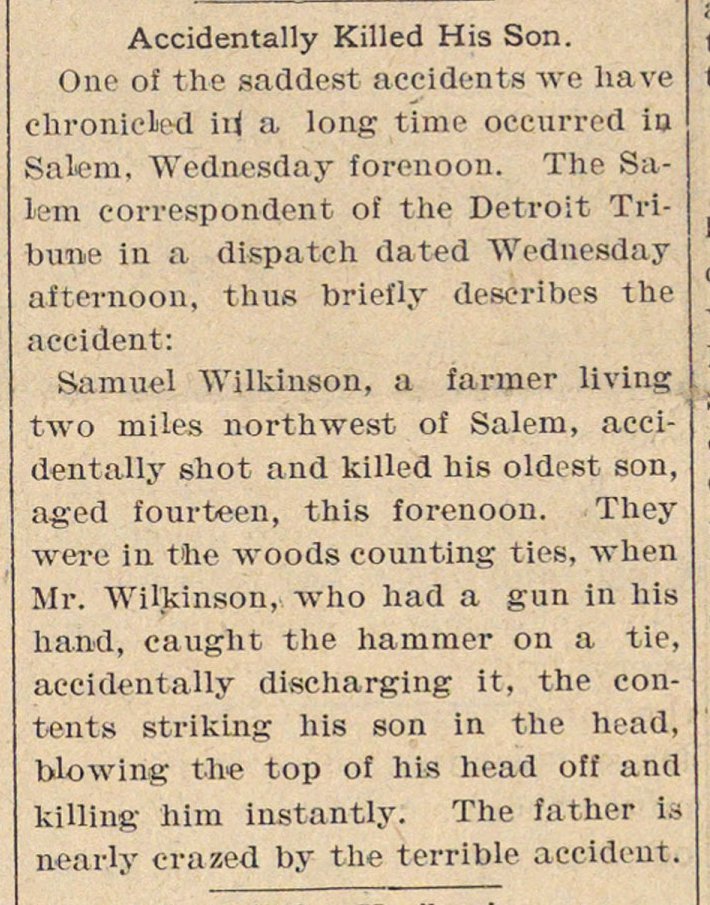 One of the saddest accidents we have clironicliHl iii a long time occurred in Salem. Wednesday forenoon. The Sak-m correspondent of the Detroit Tribune In a dispatch dated Wednesday afternoon, thus briei'ly describes the accident: Samuel Wilkinson, a farmer living two miles northwest of Salem, accidentally shot and killed bis oldcst son, aged fourteon, this forenoon. They wexe in t'he woods counting ties, -vhen Mr. Wilkinson, who had a gun in his hand, caught the hammer on a tie, accidt'ntally discharging it, the contents striking his son in the head, blowing the top of his head off and killing him iustantly. The father U nearjy crazed by the terrible accident.