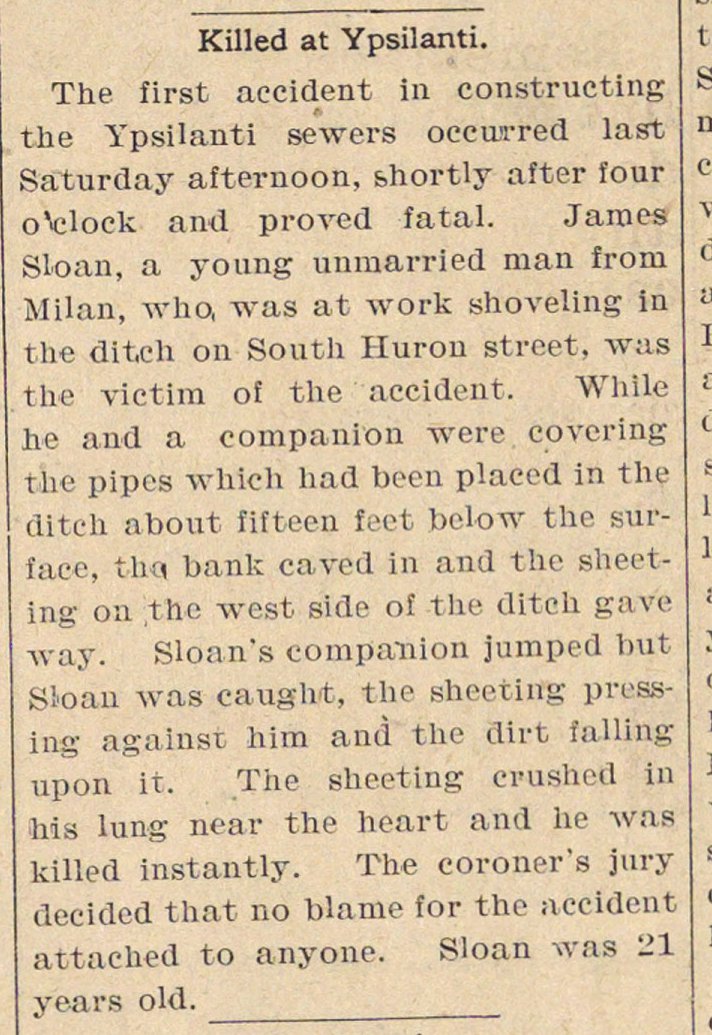 The first accident in constructing the Ypsüanti sewers occurred last Saturclay aftei-noon, shortly after four oVlock and proved fatal. James Sloan, a young unmarried man f rom Milán, ivlioi was at work shoveling in the dltch on South Huron street. was the victim of the accident. White he and a companion were covering the pipes which had been placed in the dituh nbout fifteen feet below the surtace, tha bank caved in and the sheeting on the west side of the diteh gave way. Sloan's companion jumped but Sloan was caught, the sheeting pressing against him and the flirt ialling upon it. The sheeting erusheil in his lung near the heart and he was killed instantly. The coroner's jury decided that no blame for the accident attached to anyone. Sloan was 21 vears old.