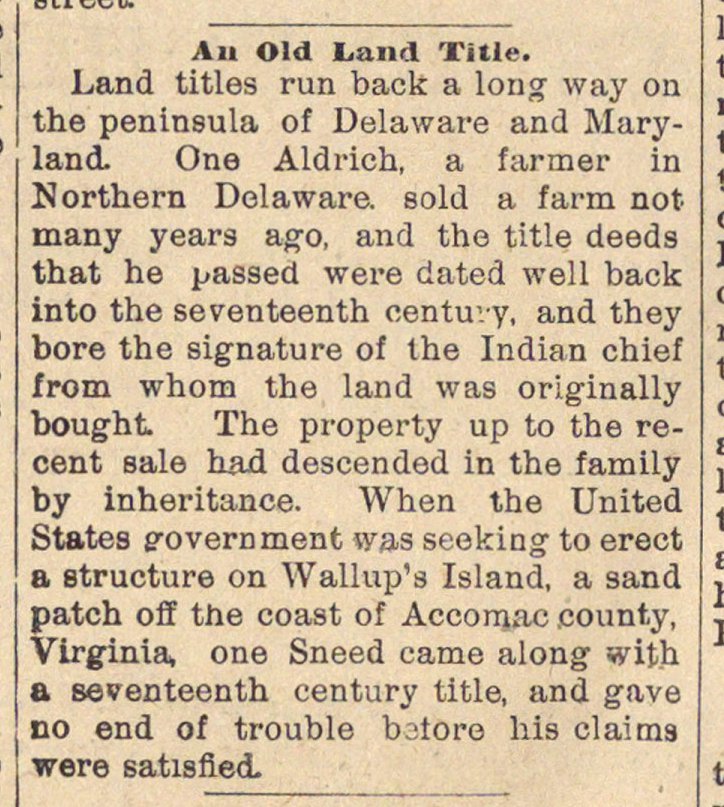 Land titles run back a long way on the península of Delaware and Maryland. One Aldrich, a íarmer in Northern Dolaware. sold a farm not many years ago, and the title deeds that he passed were dated well back into the seventeenth centuvy, and they bore the signature of the Indian chief from whom the land was originally bought The property up to the recent sale had descended in the family by inheritance. When the United States e'overnment was seeking to erect a structure on Wallup's Island, a sand patch off the coast of Accoraac county, Virginia, one Sneed came along with a seventeenth century title, and gave no end of trouble balore his claims were satisfled.