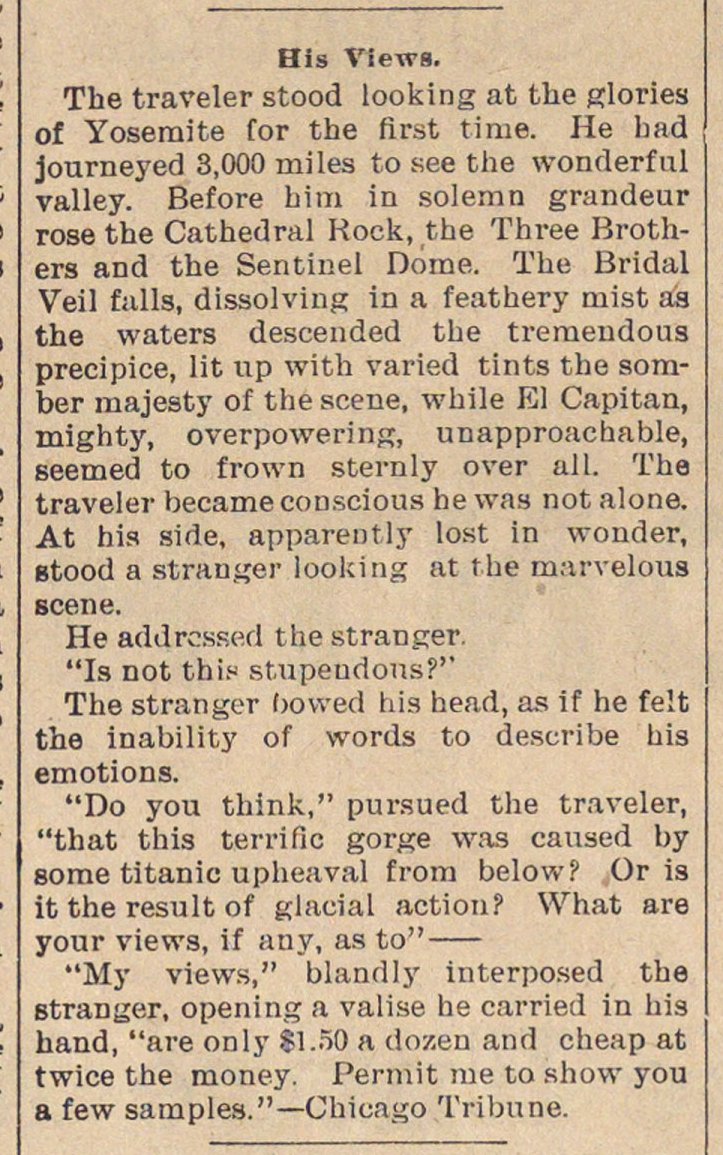 The traveler stood looking at the glories of Yosemite Cor the first time. He had journeyed 3,000 miles to see the wonderful valley. Before him in solemn grandeur rose the Cathed ral Koek, the Three Brothers and the Sentinel Dome. The Bridal Veil falls, dissolving in a feathery mist as the waters descended the tremendous precipice, lit up with varied tints the somber majesty of the scène, while El Capitán, mighty, overpowering, unapproachable, seemed to frown sternly over all. The traveler became coDScipus he vvas not alone. At his side, appareutly lost in wonder, Btood a stranger looking at the marvelous scène. He addressed the stranger. "Is not thi? stupendous?1' The stranger bowed liis head, as if he feit the inability of words to describe his emotions. "Do you think," pursued the traveler, "that this terriflo gorge was caused by Borne titanic upheaval from belowf ür is it the result of glacial action? What are your views, if any, as to" "My views," blandly interposed the stranger, opening a valise he carried in his hand, "are only $1.50 a dozen and cheap at twice the raoney. Permit me to show you a few samples."