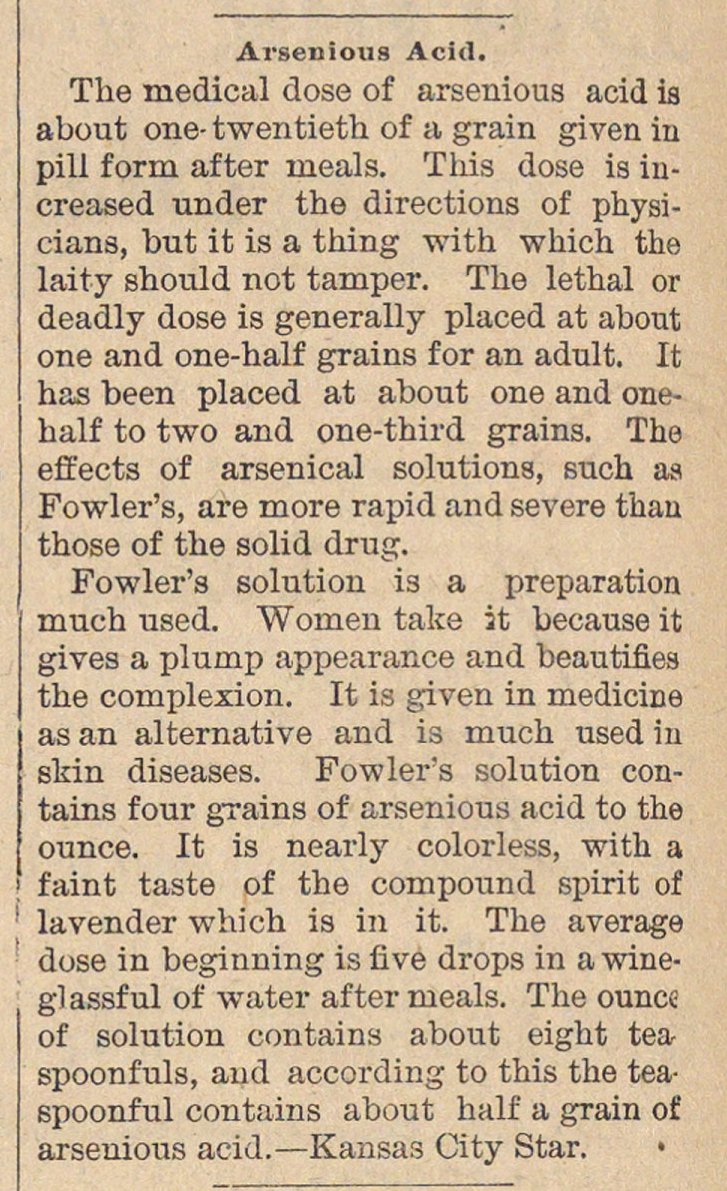 The medical dose of arsenious acid is about twentieth of a grain given iu pill form after ïneals. This dose is increased under the directions of physicians, but it is a thing with which the laity should not tamper. The lethal or deadly dose is generally placed at about one and one-half grains f or an adult. It has been placed at about one and onehalf to two and one-third grains. The effects of arsenical solutions, such aa Fowler's, are more rapid and severe thau those of the solid drug. Fowler's solution is a preparation much used. Women take t because it gives a plump appearance and beautifies the complexion. It is given in medicine as an alternative and is much used in skin diseases. Fowler's solution contains four grains of arsenious acid to the ounce. It is nearly colorless, with a faint taste of the compotmd spirit of lavender which is in it. The average dose in beginning is five drops in a wineglassful of water after meals. The ounce of solution contains about eight tea spoonfuls, and according to this the teaspoonful contains about half a grain of arsenious