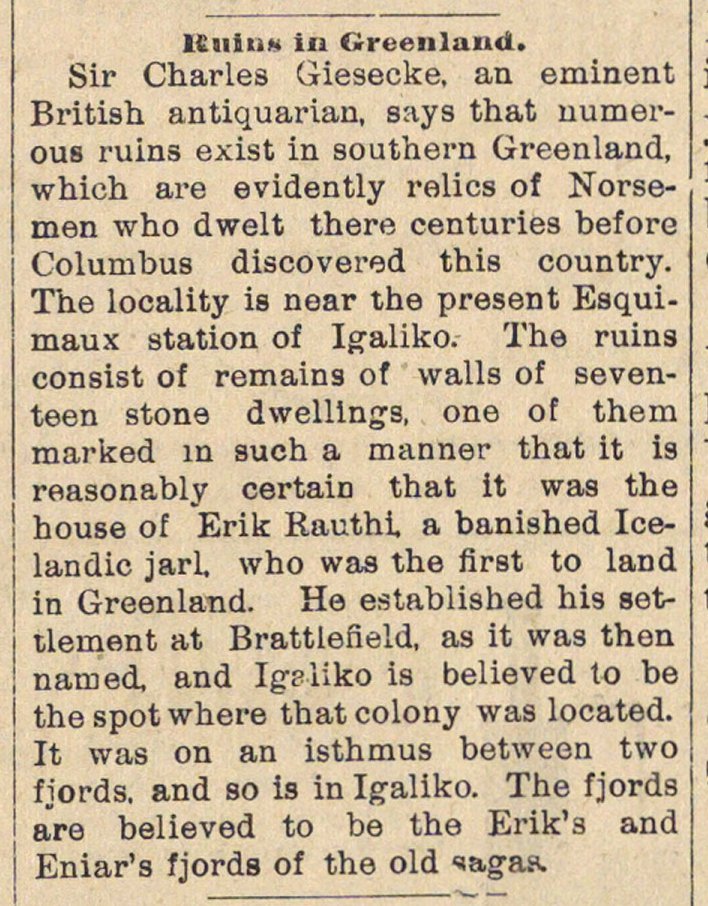 Sir Charles Giesecke, an eminent British antiquarian, says that uumerous ruins exist in southern Greenland, which are evidently relies of Norsemen who dwelt there centuries before Columbus discovered this country. The locality is near the present Esquimaux station of Igaliko. The ruins consist of remains of walls of seventeen stone dwellings, one of them marked in such a manner that it is reasonably certain that it was the house of Erik Rauthi, a banished Icelandic jarl, who was the first to land in Greenland. He established his settlement at Brattlefield, as it was then named, and Igsliko is believed to be the spot where that colony was located. It was on an isthmus betweon two fiords. and so is in Igaliko. The fjords are believed to be the Erik's and Eniar's fjords of the old agas.