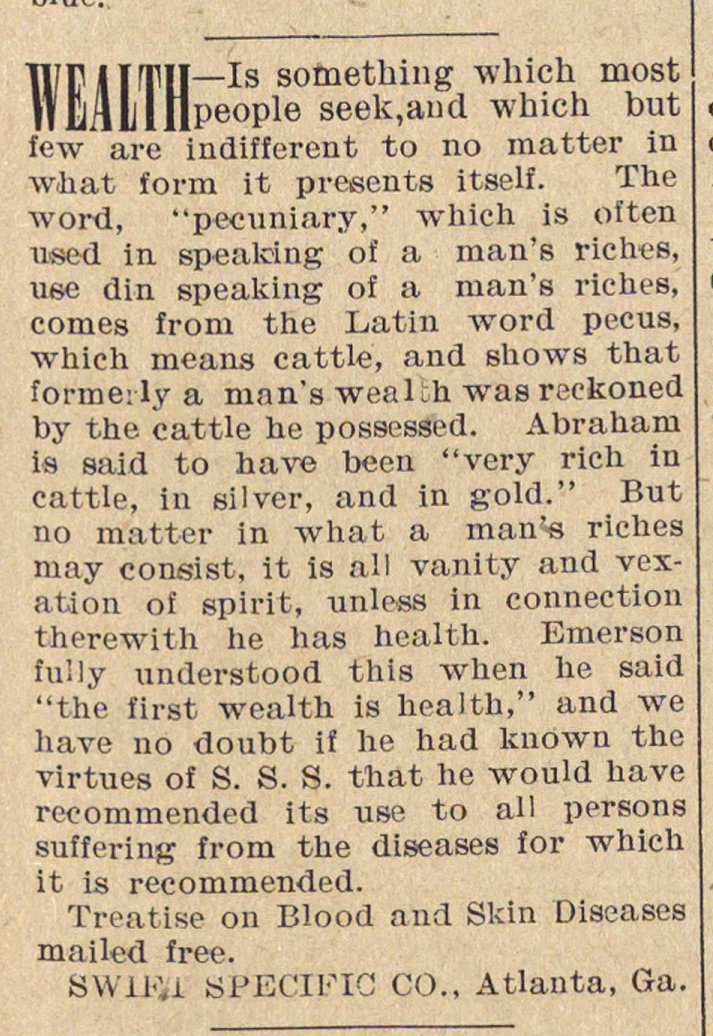 HÍF 1 ÏTU - Is something which mos llMLIIlPeoP16 seek.and which but lew are indifferent to no matter in wliat form it presenta itself. The word, "pecuniary," which is often used in sp-ealdng of a man's riches, use din speaking of a man's riches, comes from the Latin word pecus, which means cattle, and shows that forme: ly a man's wealth was reckoned by the cattle he possossed. Abraham is said to have been "very rich in cattle, in silver, and in gold." But no matter in what a man' riches may consist, it is all vanity and vexation of spirit, unless in connection therewith he has healtli. Emerson fully understood this when he said "the first wealth is health," and we have no doubt if he had known the virtues of S. S. S. that he would have recommended its use to all persons suffering from the diseases for which it is recommended. Treatise on Blood and Skin Diseases mailed free. SWJLtil SPECIKIC CO., Atlanta, Ga.