Royal Baking Powder Has No Equal 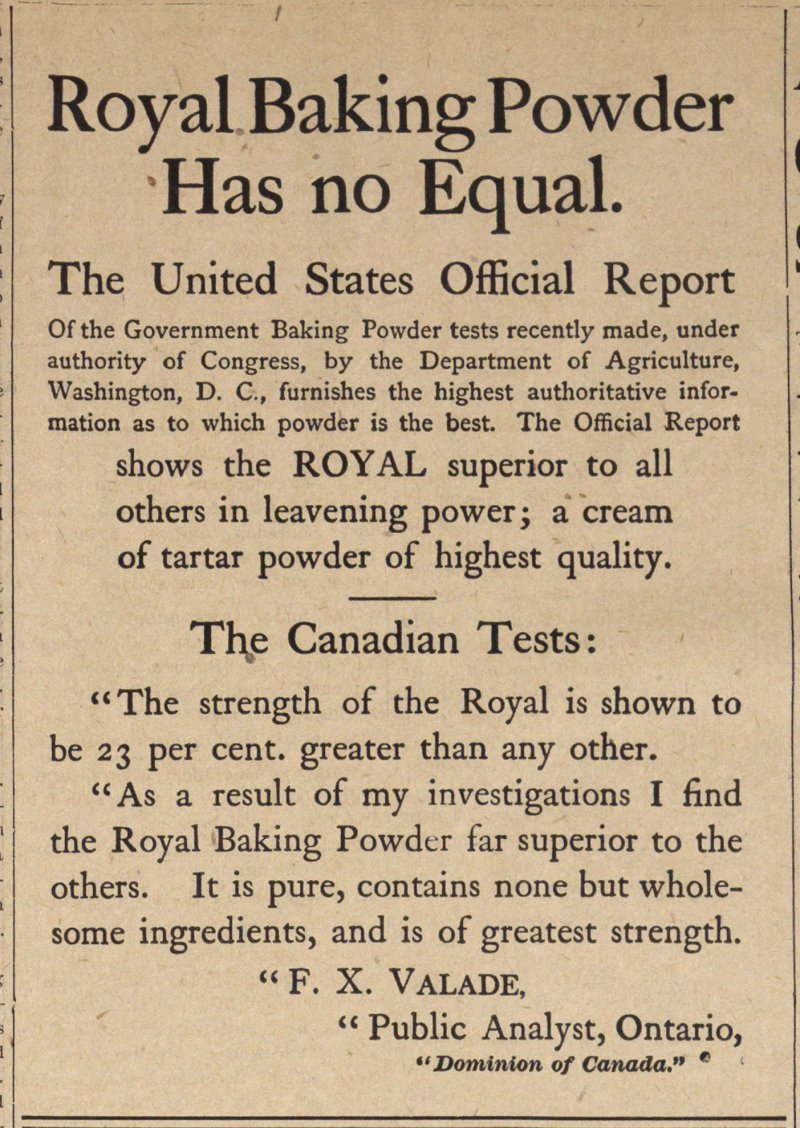 The United States Official Report Of the Government Baking Powder tests recently made, under authority of Congress, by the Department of Agriculture, Washington, D. C, furnishes the highest authoritative information as to which powder is the best. The Official Report shows the ROY AL superior to all others in leavening power; a cream of tartar powder of highest quality. The Canadian Tests: "The strength of the Royal is shown to be 23 per cent. greater than any other. "As a result of my investigations I find the Royal Baking Powdtr far superior to the others. It is pure, contains none but wholesome ingredients, and is of greatest strength. " F. X. Valade, " Public Analyst, Ontario, "Dominion of Canada." '