Sad Suicide Of A Former U. Of M. Student 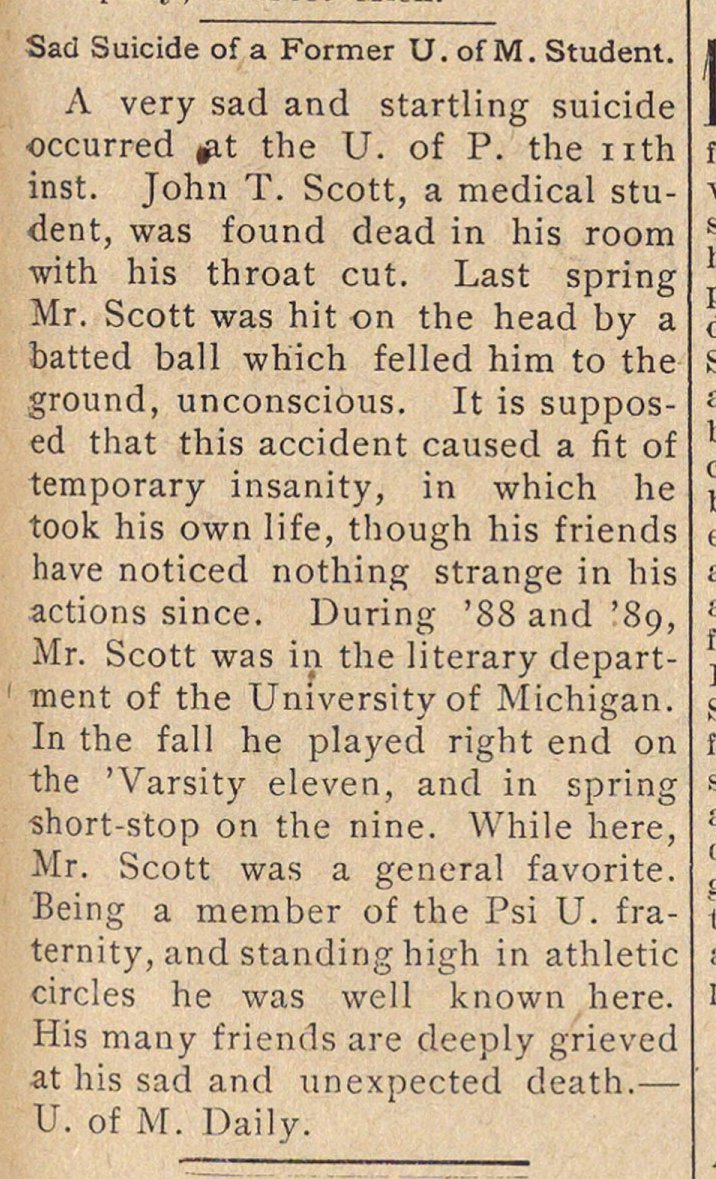 A very sad and startling suicide occurred t the U. of P. the iith inst. John T. Scott, a medical student, was found dead in his room with his throat cut. Last spring Mr. Scott was hit on the head by a batted ball which felled him to the ground, unconscious. It is supposed that this accident caused a fit of temporary insanity, in which he took his own life, though his friends have noticed nothing strange in his actions since. During '88 and '89, Mr. Scott was in the literary department of the Universityof Michigan. In the fall he played right end on the 'Varsity eleven, and in spring short-stop on the nine. While here, Mr. Scott was a general favorite. Being a member of the Psi U. fraternity, and standing high in athletic circles he was well known here. His many friends are deeply grieved ■at his sad and unexpected death. -