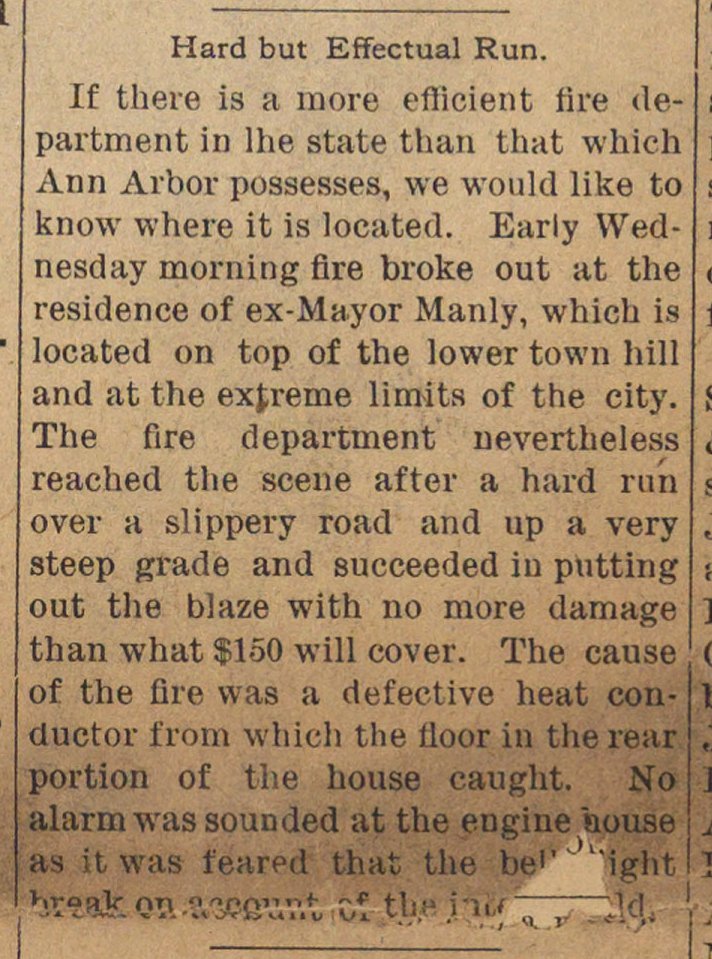 It there is a more efïicient iire department in lhe state thaii that which Ann Arbor possesses, we would like to know where it is located. Early VVednesday morning fire broke out at the residence of ex-Mayor Manly, whicb is ocated on top of the lower town liill and at the extreme limits of the city. die fire departrnent nevertheless eached the scène after a hard run over a slippery road and up a very teep grade and succeeded in putting out the blaze with no more damage han what $150 wiÜ cover. The cause of the fire was a detective heat conductor from which the üoor in therear portion of the house caught. No alarm was souuded at the eugine "nouse as it, was féared that the bei' ' 'ig-ht XÏ&. Oïlï.'WfiV.V.t C.Í th.e i -i..; 77