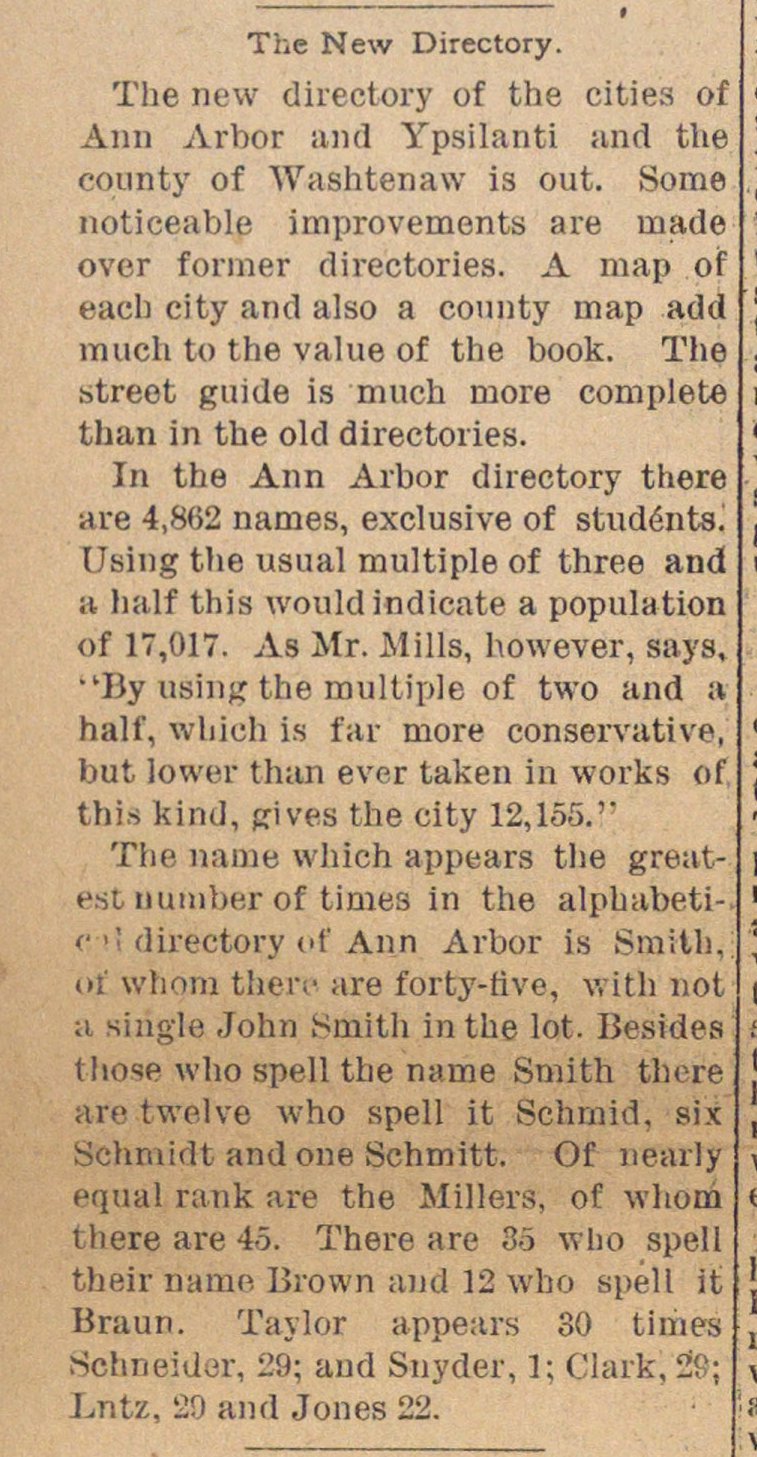 The new directory of the citiea o Ann Arbor and Ypsilanti and th county of Washtenaw is out. Som noticeable improvements are naad over former directories. A map o each city and also a county map add much to the value of the book. Th street guide is much more complete than in the old directories. In the Ann Arbor directory ther are 4,862 ñames, exclusive of studénts Using tlie usual multiple of three anc t half this would indícate a population of 17,017. As Mr. Mills, however, says "By using the multiple of two and half, which is far more conservative but lower than ever taken in works o this kind, gives the city 12,155. '' The name which appears the great est uumber of times in the alphabeti e '! directory of Ann Arbor is Smith oí wtiom there are forty-tive, with no a single John Smith in the lot. I3eside those who spell the name Smith there are twelve who spell it Schrnid. six Schmidt and one Schmitt. Of nearly equal rank are the Millers, of whom there are 45. There are 3ö who spell their name Brown and 12 who spell it Braun. Taylor appears SO times Sohneider, 29; aud Snyder, 1; Clark, 2'8; Lntz, 29 and Jones 22.