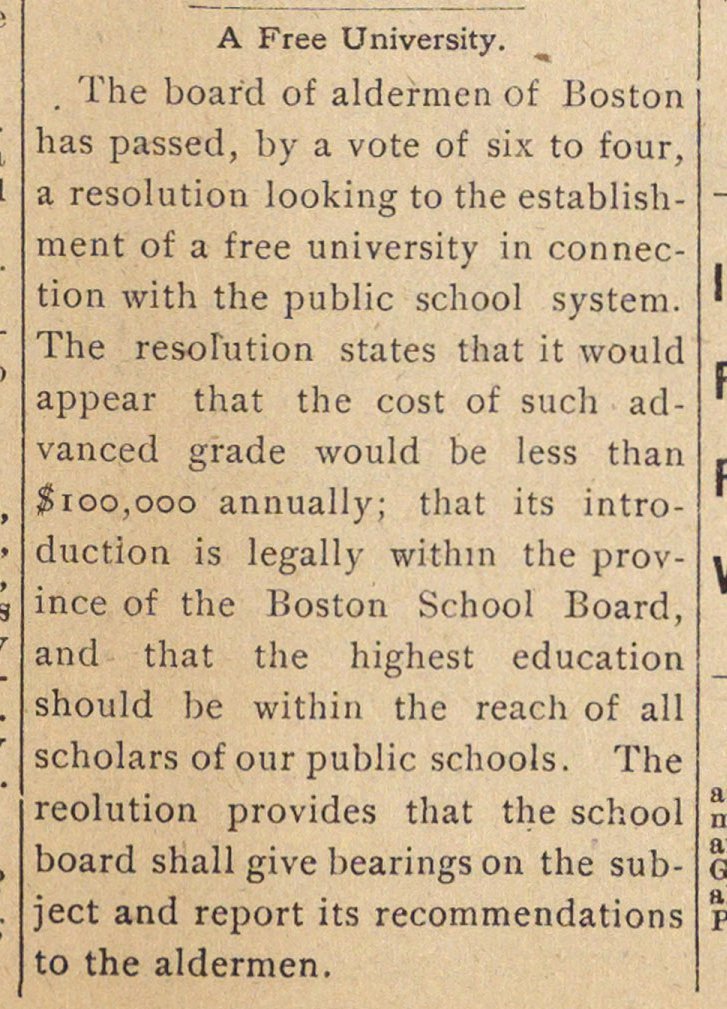 . The board of aldermen of Boston has passed, by a vote of six to four, a resolution looking to the establishment of a free university in connection with the public school system. The resofution states that it would appear that the cost of such advanced grade would be less than $100,000 annually; that its introduction is legally within the province of the Boston School Board, and that the highest education should be within the reach of all scholars of our public schools. The reolution provides that the school board shall give hearings on the subject and report its recommendations to the aldermen.