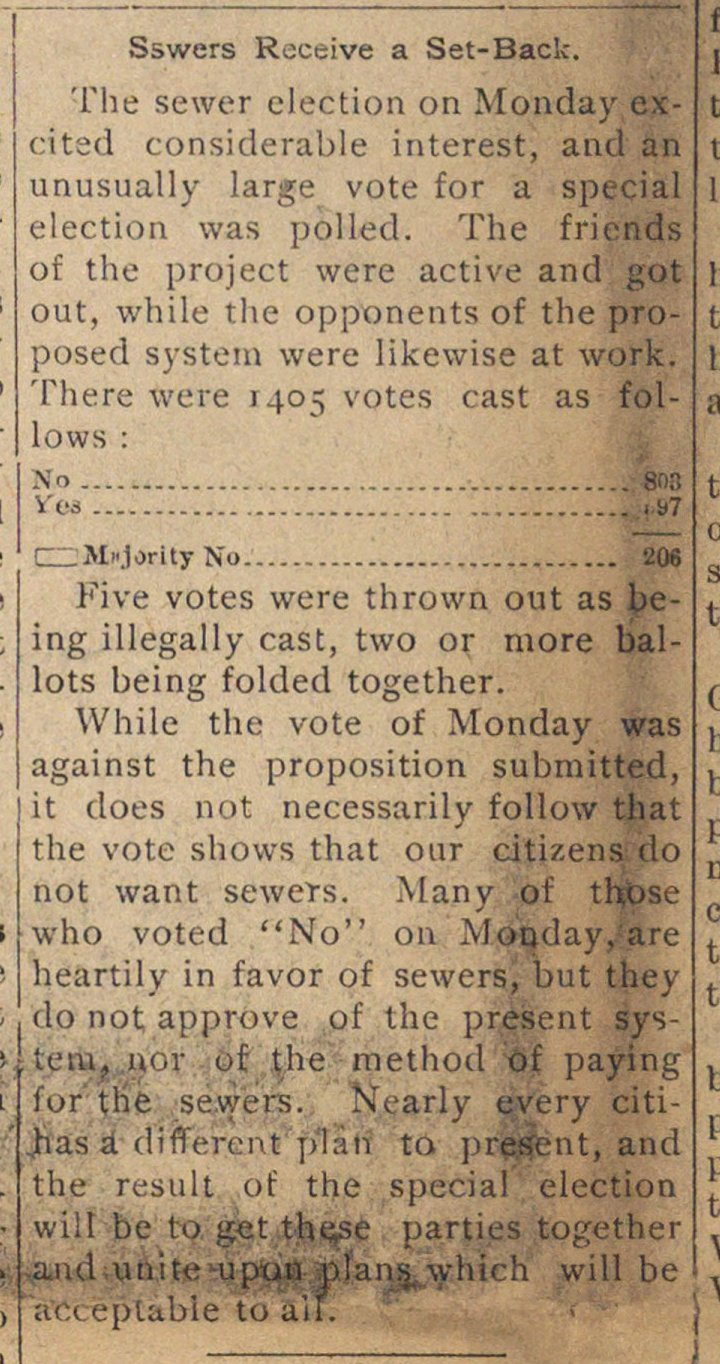 The sewer clection on Monday cxcited considerable interest, and an unusually large vote for a special election was polled. The friends of the project were active and got out, while the opponents of the proposed system were likewise at work. There were 1405 votes cast as follows : No Vos ii)7 CZMi'Jority N'o 206 Five votes were thrown out as being illegally cast, two or more ballots being folded together. While the vote of Monday was against the proposition submitted, it does not necessarily follow that the vote shows that our dtizens do not want sewers. Many pi thosc who voted "No" on Monday, are heartily in favor of sewers, but they do not approve of the present sysm.r of the method of paying for the sèvers. Warly every citiJias a (HflVn-nt ]lan to present, and the result of the special election will be to get thse parties together aud.unUe yhich will be Vccèptabie to ai f.