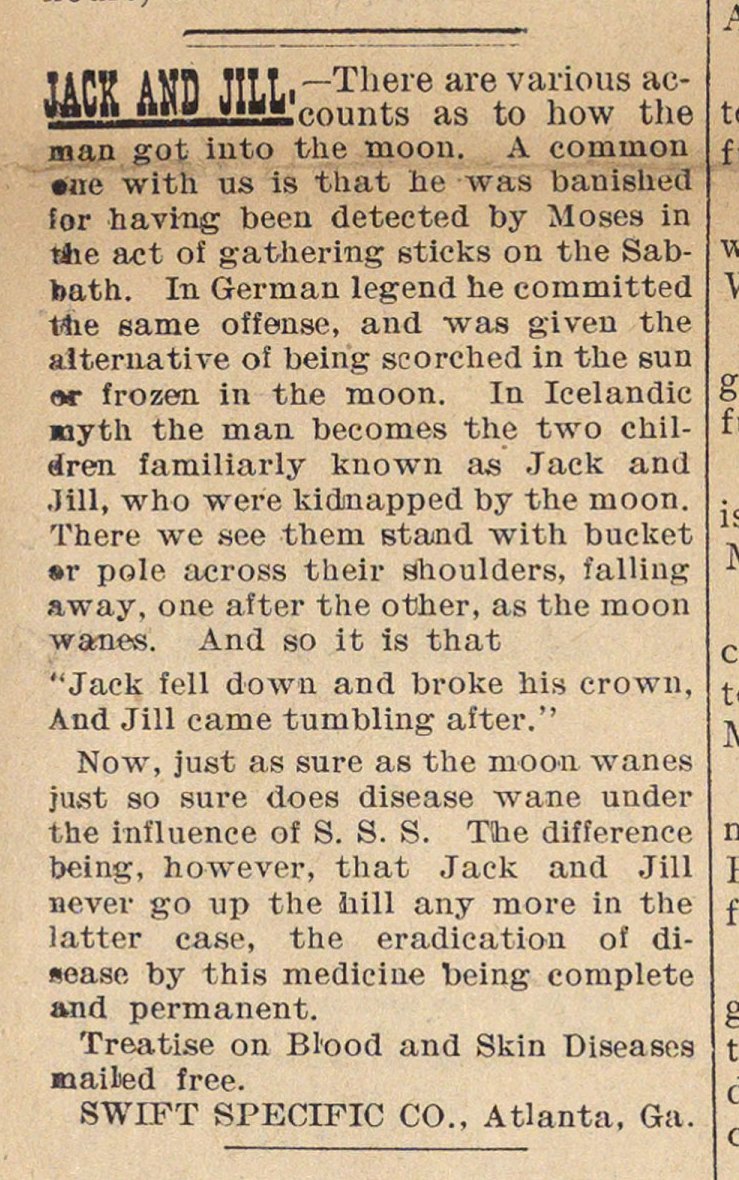 tiPfl iWn TIT T ,-There are various aeoSíLsíliijUSÍL'counts as to how the man got into tlie moon. A cominon lie with us is that he was banished for havi-ng been detected by Moses in the act of gathering sticks on tlie Sabbath. In Germán legend he coramitted Vhe same offense, and was given the alternative of being scorched in the sun or frozen in the moon. In Icelandic nyth the man becomes the two children familiarly known as Jack and .lili, who were kidinapped by the moon. There we see them stand with bucket r pole across their shoulders, falling away, one after the other, as the moon wanes. And so it is that "Jack feil down and broke his crown, And Jill carne tumbling after." Now, just as sure as the moon wanes just so sure does disease wane under the influence of S. S. S. The difference being, however, that Jack and Jill never go up the liill any more in the latter case, the eradicatiou of diease by this medicine being complete and permanent. Treatise on Blood and Skin Diseases mail'ed tree. SWIFT SPECIFIC CO., Atlanta, Ga.