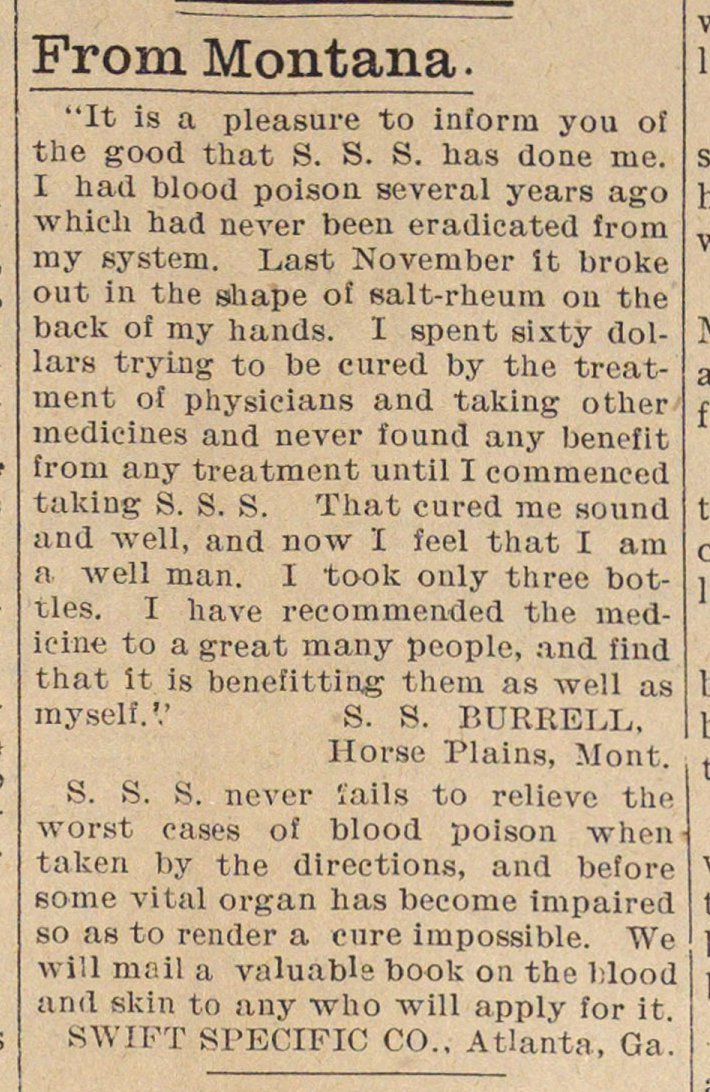 Vr om Montana. "It is a pleasure to inforra you of ;he good that 8. S. S. has done me. had blood poison several years ago vhicli had never been eradicated from my system. Laat November it broke out In the shape of salt-rheura on the jack of my hands. I spent sixty dolars trying to be cured by the treatnent of physiciaus and taking other ncdicines and never iound any benefit rom any treatment until I commeneed aking S. S. 8. That cured me sound uid well, and now I feel that I am v well man. I took only three botles. I have recommended tlie medcine to a great many people, and find hat it is benefittiog them as well as nyself.V S. S. BURRELJ.,, Horse Plains, Mont. S. S. iS. never falls to relieve the vorst cases of blood poison when aken by the directions, and before ome vital organ has become impaired o as to render a cure impossible. Wc vill mail a valuabls book 011 the l:lood ind Bkin to any ivho Wlll apply for it SWIFT SPECIFIC CO., Atlanta, Ga.