The Choral Union At Chicago 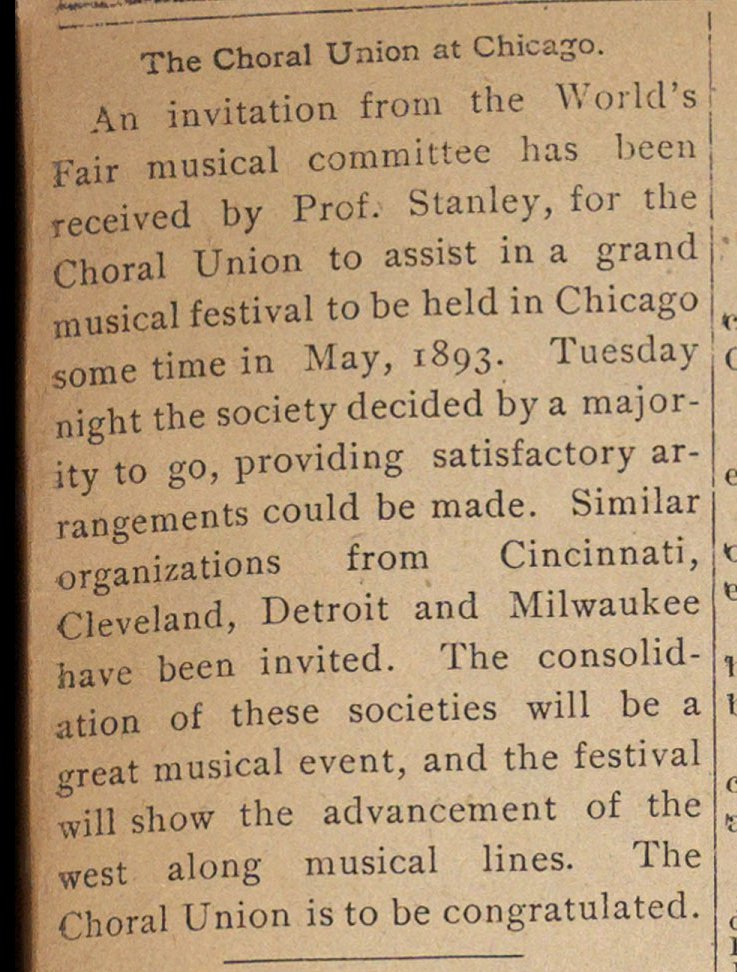 n invitation from the World s , ' Fair musical committee has Leen , received by Stanley, for the Choral Union to assist in a grand j musical festival to be held in Chicago Some time in May, 1893. Tuesday night the society decided by a majority to go, providing satisfactory j rangements could be made. Similar organi.ations from Cincinnati, Cleveland, Detroit and Milwaukee have been invited. The consolidation of these societies will be a great musical event, and the festival will show the advancement of the west along musical lines. The Choral Union is to be congratulated.