Oats As Compared With Wheat 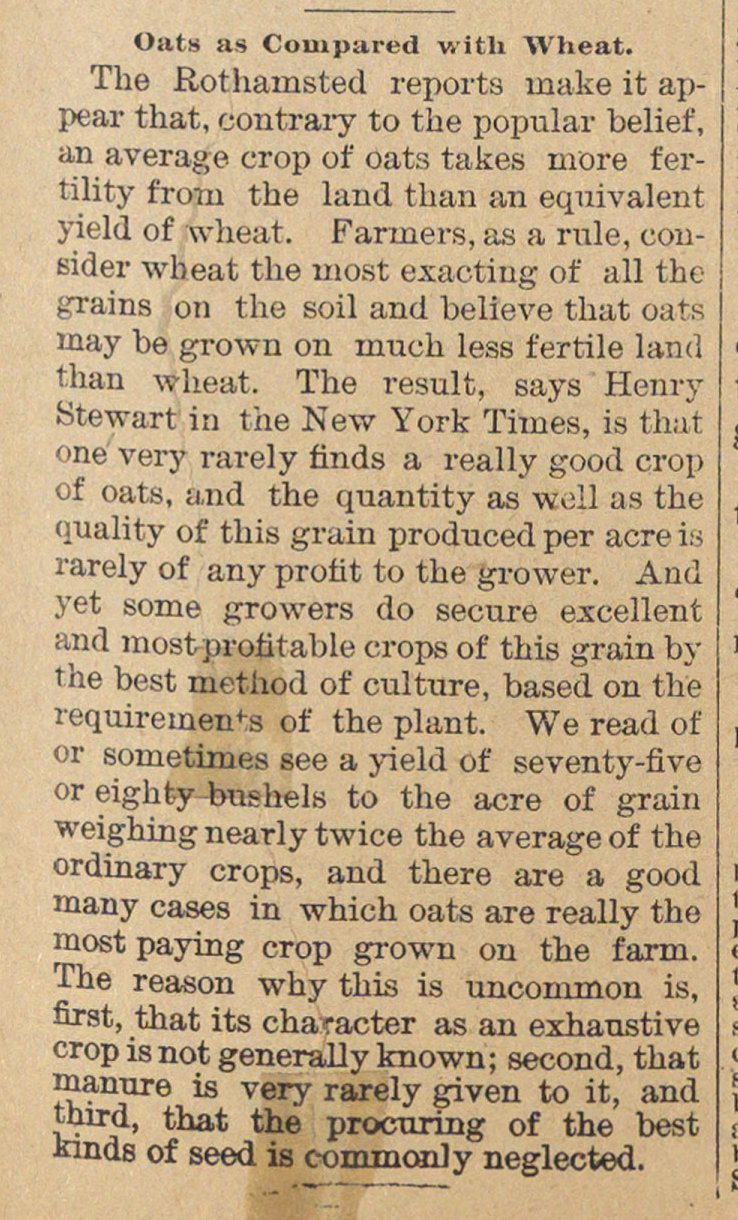 The Rothamsted reporta inake it appear that, contrary to the popular belief, an average erop of oats takes more fertility froru the land than au equivalent yield of Iwheat. Farmers, as a rule, cousider wbeat the most exactiug of all the grains on the soil and believe that oats may be grown on rnueh less fertile land than vs-heat. The result, says Henry Stewart in the New York Tirnes, is that me very rarely finds a really good erop of oats, tod the quantity as weil as the (mality of this grain producedper aeréis rarely of any proüt to the grower. And yet some growers do secure excellent and mostprofitable crops of this grain by the best method of culture, based on the requiremens of the plant. We read of or soraetimes see a yield of seventy-five or eight-y-bnshels to the acre of grain weighing nearly twice the average of the ordinary crops, and there are a good many cases in which oats are really the most paying erop grown on the farm. The reason why this is uncommon is, first, that its chaTacter as an exhanstive erop is not generally known; second, that manure is very rarely given to it, and thrrd, that the procurüig of the best nds of seed is eommonly neglected.