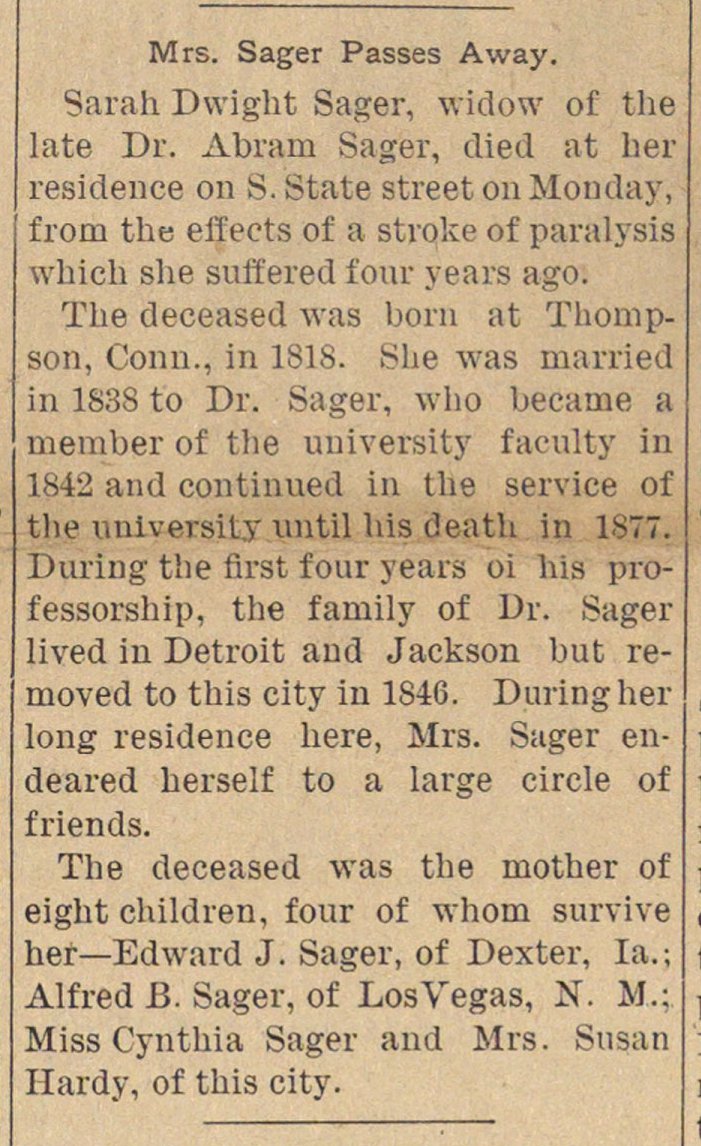 Sarah Dwight Sager, widow of the ate Dr. Abram Sager, died at her esidence on S. State street on Monday, rom the elïects of a stroke of paralysis vhich slie suffered four years ago. ïhe deceased was boni at Thompon, Conn., in 1818. Slie was married n 1838 to Dr. Sager, who becarne a nember of the university faculty in 1842 and continued in the service of tlie nniversily until bis death in 1S77. During the first four years oi bis professorship, the family of Dr. Sager lived in Detroit and Jackson but removed to this city in 1846. During her long residence here, Mrs. Sager endeared herself to a Iarge circle of friends. The deceased was the mother of eight children, four of whom survive her- Edward J. Sager, of Dexter, Ia.; Alfred B. Sager, of LosVegas, N. M.: Miss Cynthia Sager and Mrs. Susan Ilardy, of this city.