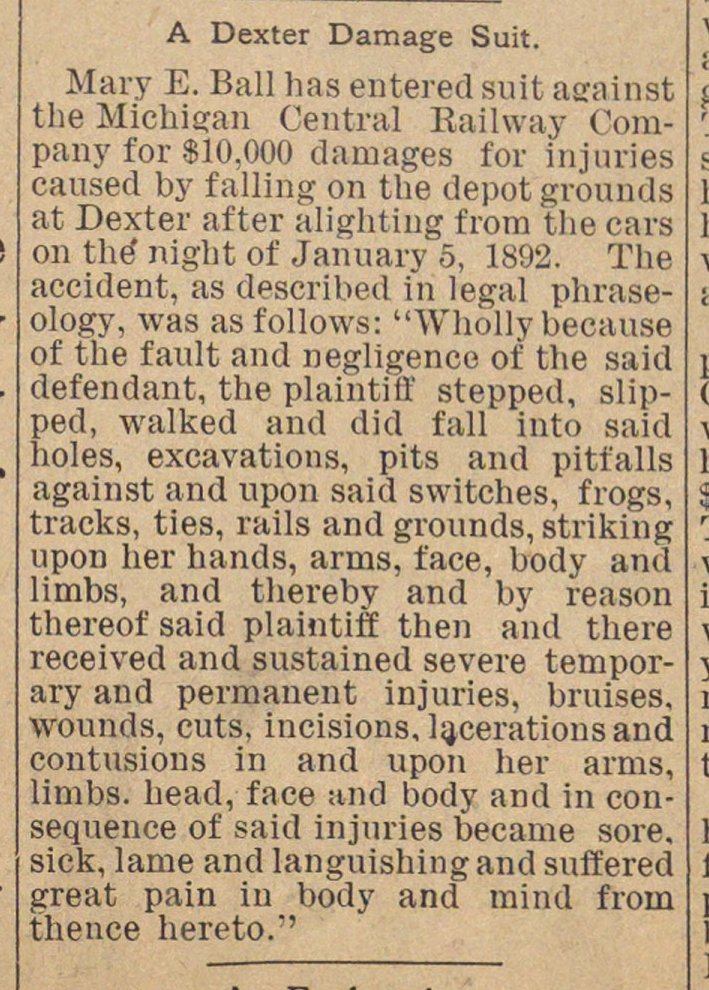 Mary E. Ball has entei-ed suit against the Michigan Central Railway Company for $10,000 damages for injuries caused by falling on the depot grounds at Dexter after alighting from the cars on thé niglit of Jamiary o, 1892. The accident, as described in legal phraseology, was as follows: "Wliolly because of the fault and negligence of the said defendant, the plaintifï stepped, slipped, walked and did fall into said holes, excavations, pits and pitt'alls against and upon said switches, frogs, tracks, ties, rails and grounds, striking upon her hands, arms, face, body and limbs, and thereby and by reason thereof said plaintiff then and there received and sustained severe temporary and permanent injuries, bruises, wounds, cuts, incisions.lacerationsand contusions in and upon her arms, limbs. head, face and body and in consequence of said injuries became sore. sick, lame and languishingand suffered great pain in body and mind from thence hereto."