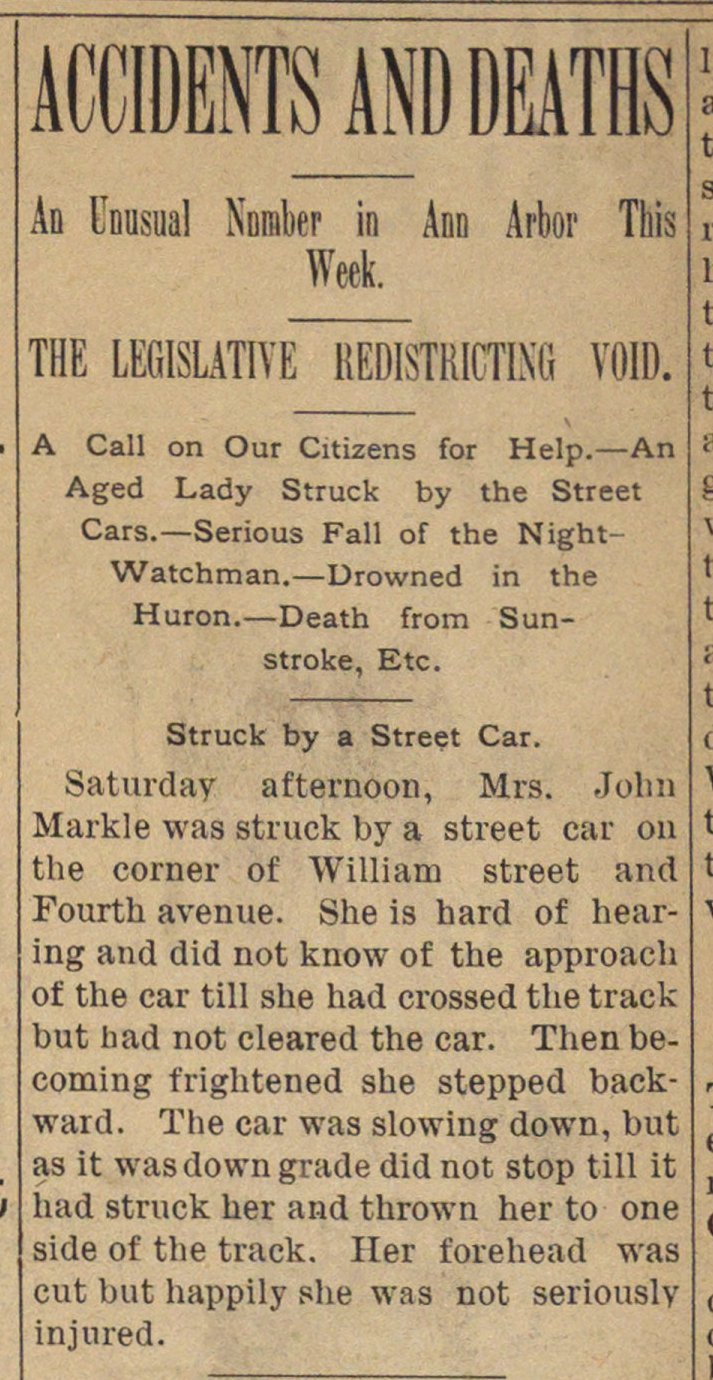 Saturday afternoon, Mrs. Julm Markle was struck by a street car on the corner of William street and Fourth avenue. She is hard of hearing and did not know of the approach of the car till she had crossed the track but had not cleared the car. Then becoming t'rightened she stepped backward. ïhe car was slowing down, but as it was down grade did not stop till it had struck her and thrown her to one side of the track. lier forehead was cut but happily she was not seriously i nj u red.