Drowned In The Huron 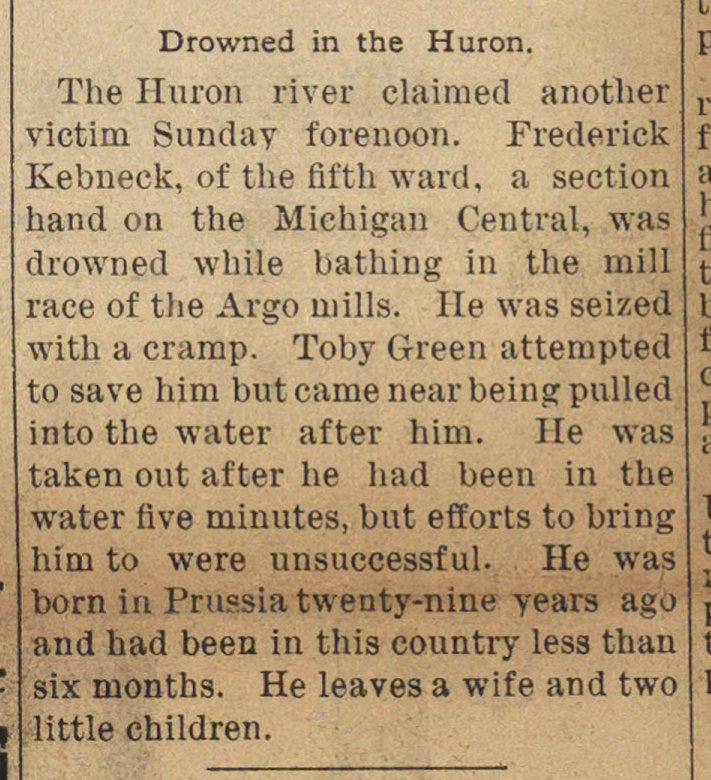 The Hurón river claimed another victim Sunday forenoon. Frederick Kebneck, of the fifth ward, a section hand on the Michigan Central, was drowned white bathiDg in the mili race of the Argo milis. He was seized with a cramp. Toby Green attempted to save him butcamenearbeing pulled into the water after him. He was taken out after he liad been in the water five minutes, but efforts to bring him to were unsuccessf ui. He was born in Prussia twenty-nine ears ago and had been in this country less than six months. He leaves a wife and two little children.