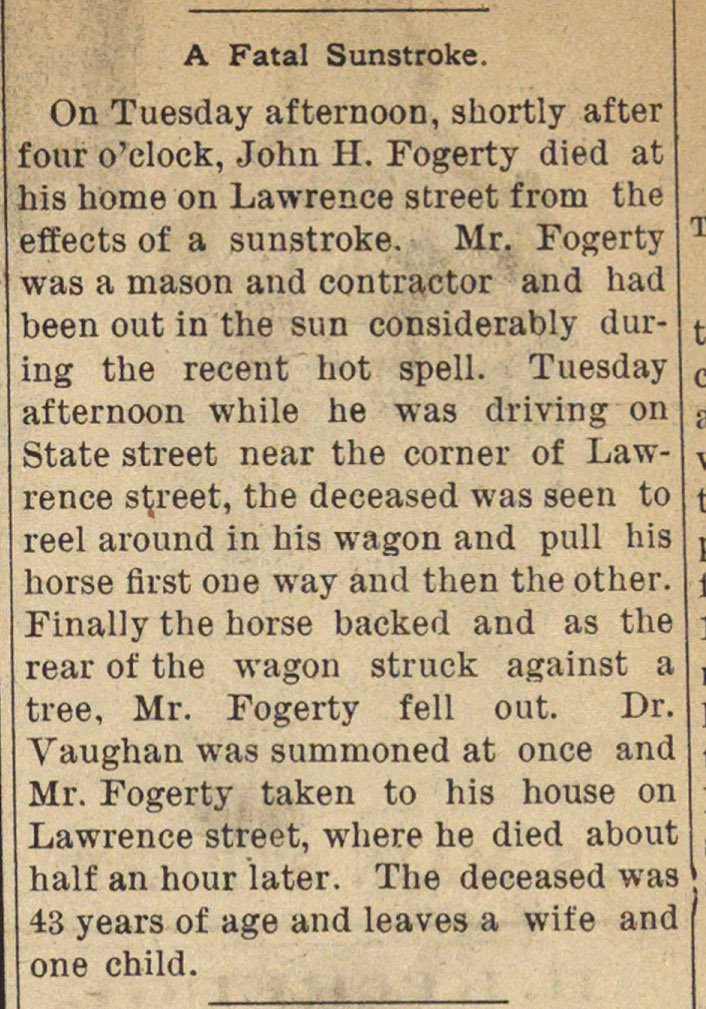 On Tuesday afternoon, shortly after four o'clock, John H. Fogerty died at his home on Lawrence street from the effects of a sunstroke. Mr. Fogerty was a masón and contractor and had been out in the sun considerably during the recent hot spell. Tuesday afternoon while he was driving on State street near the corner of Lawrence street, the deceased was seen to reel around in his wagon and pull his horse first one way and then the other. Finally the horse backed and as th rear of the wagon struck against tree, Mr. Fogerty feil out. Dr Vaughan was summoned at once anc Mr. Fogerty taken to his house o Lawrence street, where he died aboi half an hour later. The deceased wa 43 years of age and leaves a wife and one child.