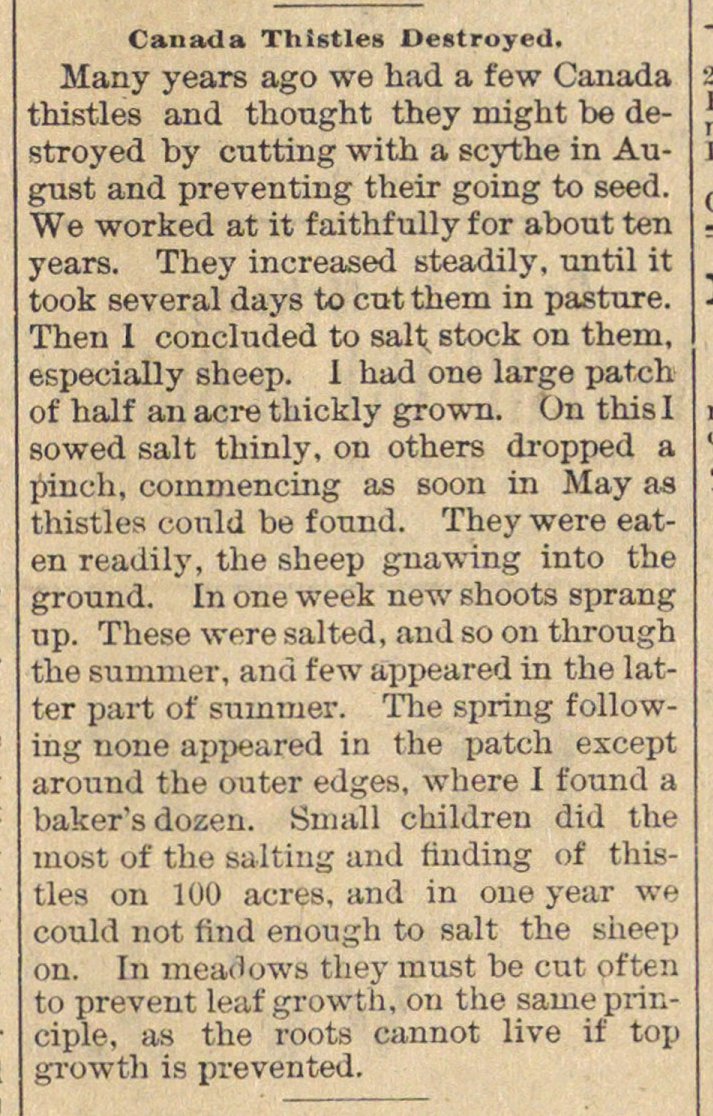 Many years ago we had a few Canada thistles and thought they might be destroyed by cutting with a scythe in August and preventing their going to seed. We worked at it faithf ully f or about ten years. They increased steadily, until it took several days to cut them in pasture. Then 1 concluded to salt stock on them, especially sheep. 1 had one large patch of half an acre thickly grown. Ün this I sowed salt thinly, on others dropped a pinch, commencing as soon in May as thistles conld be found. ïhey were eaten readily, the sheep gnawing into the ground. In one week new shoots sprang up. These were salted, and so on through the sununer, and few appeared in the latter part of sninmer. The spring following none appeared in the patch except around the outer edges, where I found a baker's dozen. Small children did the mo.st of the öalting and finding of thistles on 100 acres, and in one year we could not find enough to salt the sheep on. In meaöows they must be cut pften to prevent leaf growth, on the sameprinciple, as the roots cannot live if top growth is prevented.