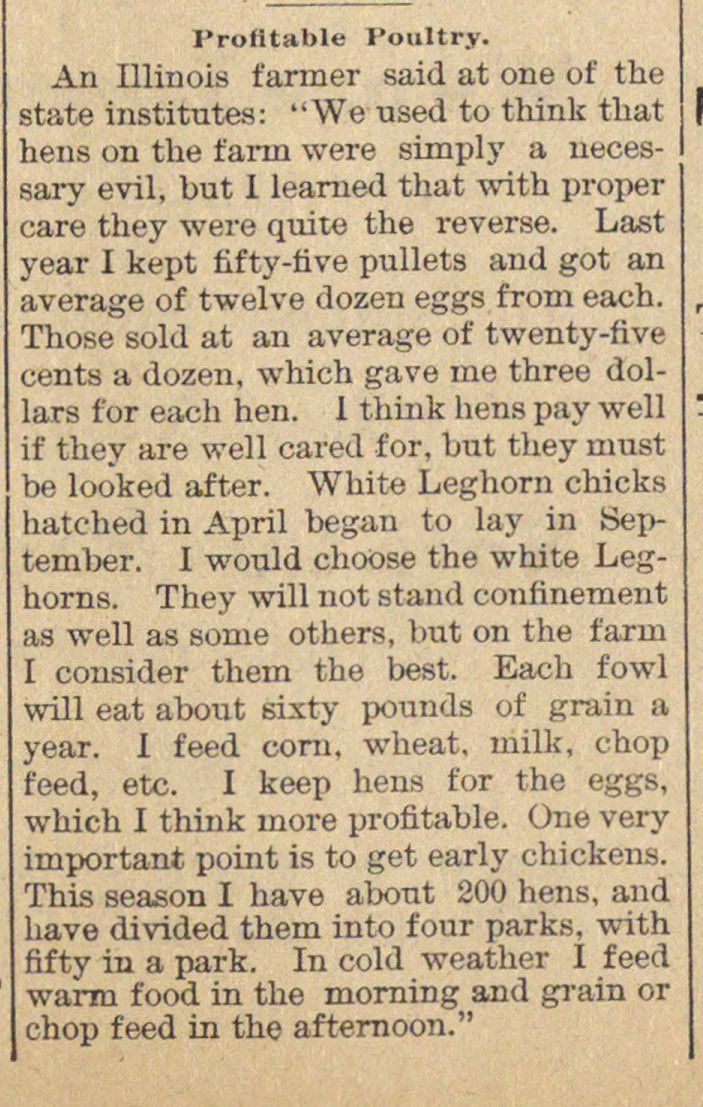 An Illinois farmer said at one of the state institutes: "We used to think that hens on the fann were simply a uecessary e vil, but 1 learned that with proper care they were quite the reverse. Last year I kept fifty-tive pullets and got an average of twelve dozen eggs from each. Tliose sold at an average of twenty-five cents a dozen, which gave me three dollars for each hen. 1 think hens pay well if they are well cared for, but tliey must be looked after. White Leghorn chicks hatched in April began to lay in September. I would choose the white Leghorns. They will not stand confinement as well as some others, but on the farm I consider them the best. Each fowl will eat about sixty pounds of grein h year. 1 f eed corn, wheat, milk, chop feed, etc. I keep hens for the eggs, which I think more profitable. One very important point is to get early chickens. ïhis season I have about 200 hens, and have divided them into four parks, with fifty in a park. In cold weather I feed warm food in the morning and grain or chop feed in the afternoon."