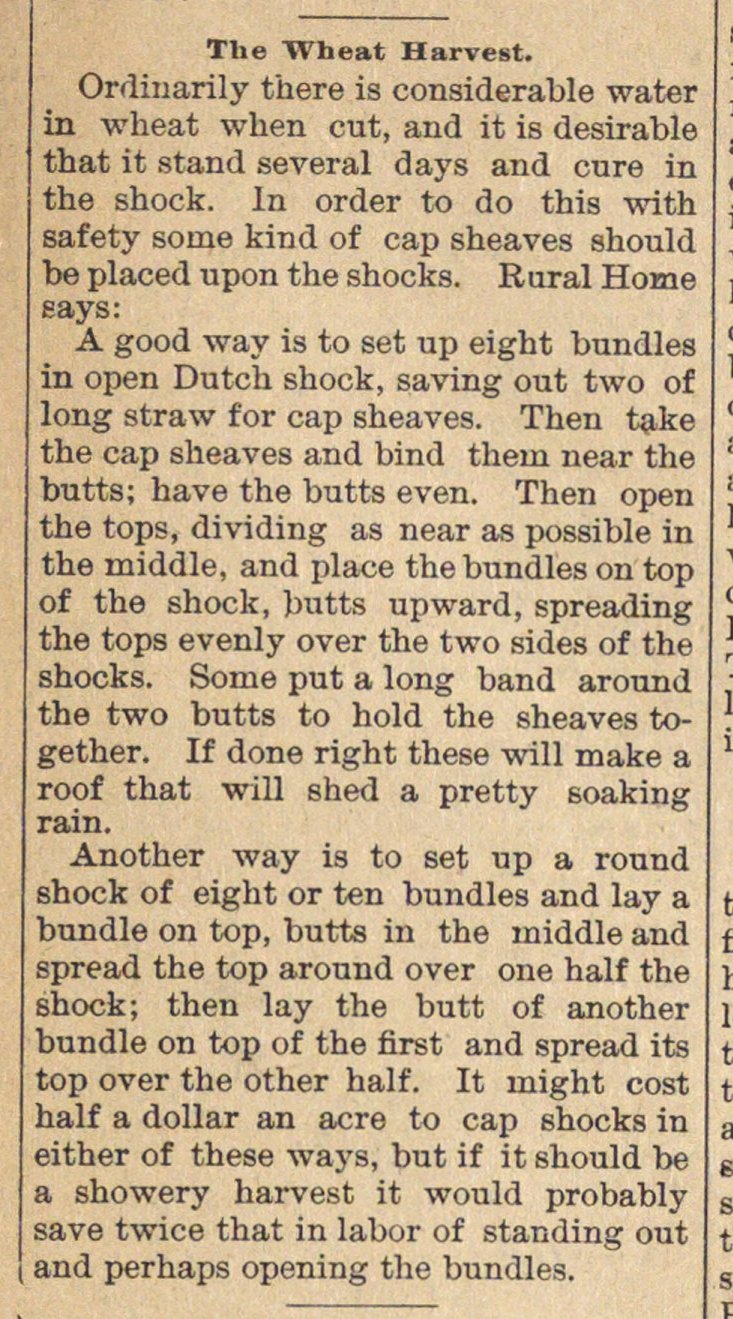 Ordinarily there is considerable water in wheat when cut, and it is desirable that it stand several days and cure in the shock. In order to do this with safety soine kind of cap sheaves should be placed upon the shocks. Rural Home eays: A good way is to set up eight bundies in open Dutch shock, saving out two of long straw for cap sheaves. Then take the cap sheaves and bind thein near the butts; have the butts even. Then open the tops, dividing as near as possible in the middle, and place the bundies on top of the shock, butts upward, spreading the tops evenly over the two sides of the shocks. Sorne put a long band around the two butts to hold the sheaves together. If done right these will make a roof that will shed a pretty soaking rain. Another way is to set up a round shock of eight or ten bundies and lay a bundie on top, butts in the middle and spread the top around over one half the shock; then lay the butt of another bundie on top of the first and spread its top over the other half. It ïnight cost half a dollar an acre to cap shocks in either of these ways, but if it should be a showery harvest it would probably save twice that in labor of standing out and perhaps opening the bundies.