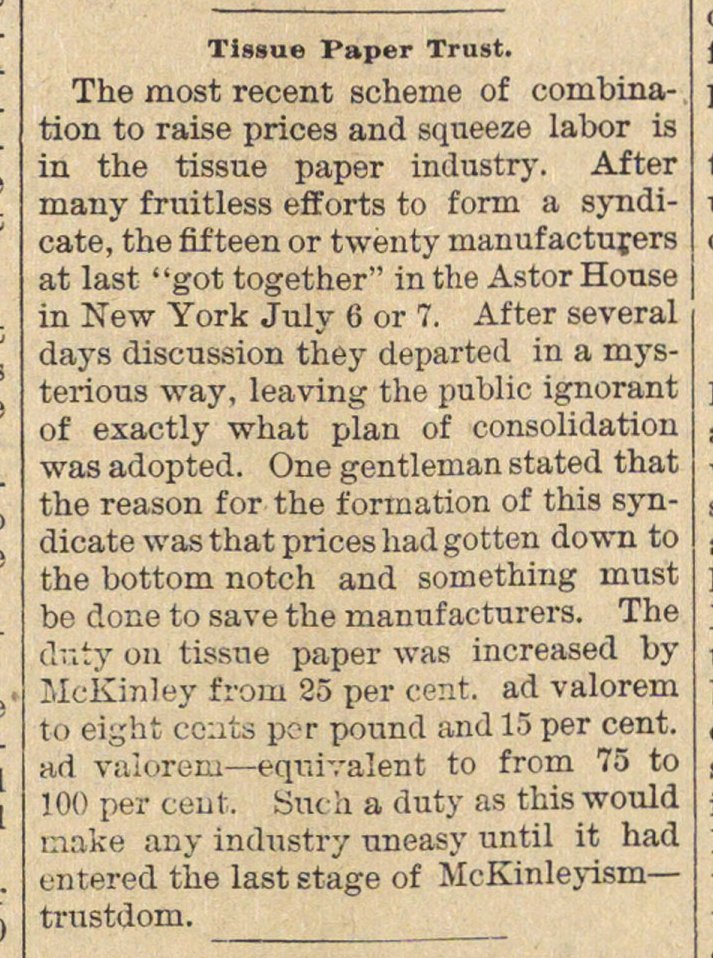 The most recent soheme of combination to raise prices and sqneeze labor is in the tissue paper industry. After many frnitless efforts to form a syndicate, the fif teen or twenty manufacturera at last "got together" in the Astor House in New York July 6 or 7. After several days discussion they departed in a mysterious way, lea ving the public ignorant of exactly what plan of consolidation was adopted. One gentleman stated that the reason for the formation of this syndicate was that prices had gotten down to the bottom notch and something must be done to save the manufacturera. The duty on tissue paper was increased by McKinley f rom 25 per cent. ad valorem tu eight ccuts por ponnd and 15 per cent. ad valorem - equivalent to from 75 to 100 per cent. Stich a duty as this would inake any industry uneasy until it had f ntered the last stage of McKinleyism- trustdom.