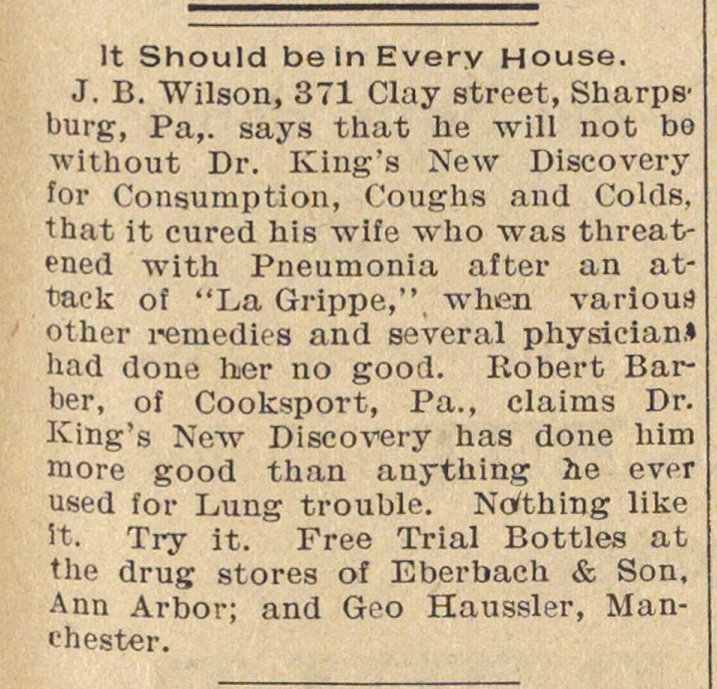 It Should be n Every House. J. B. Wilson, 371 Clay street, Sharpe lurg, Pa,, says that lie will not bo without Dr. King's New Discovery for Consumption, Coughs and Colds. that it cured his wife wlio was threatened with Pneumonía after an attack of "La Grippe,", when varioutf other remedies and several physieian had done her no good. Roberb Barber, of CookspoTt, Pa., claims Dr. King's New Discovery has done him more good than anything he ever used for Lung trouble. Noíthing like It. Try it. Free Trial Bottles at the drug stores of Eberbach & Son, Ann Arbor; and Goo Haussler, Manchester.