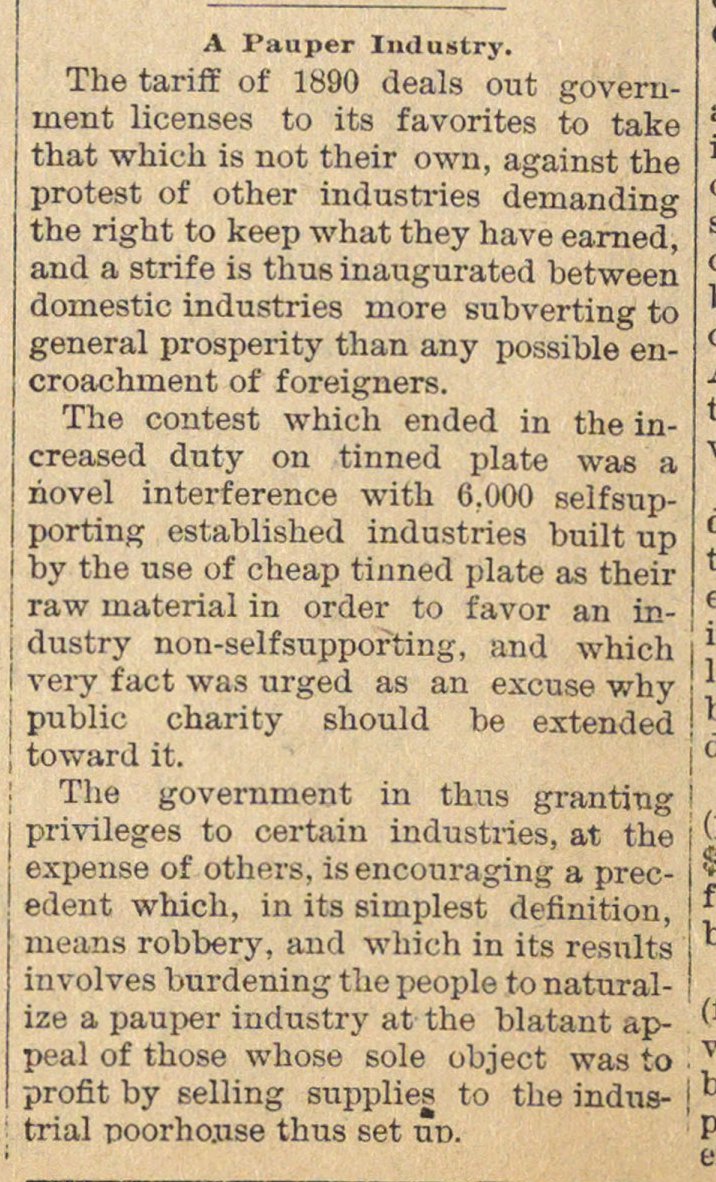 The tariff of 1890 deals out government licenses to its favorites to take that which is not their own, against the protest of other industries demanding the right to keep what they have earned, and a strif e is thus inaugurated between domestic industries more subverting to general prosperity than any possible encroachment of foreigners. The contest which ended in the increased duty on tinned plate was a novel interference with 6,000 selfsupporting established industries built up by the use of cheap tinned plate as their raw material in order to favor an industry non-selfsupporting, and which i very fact was urged as an excuse why ! public charity should be extended ! toward it. The government in thus granting ; privileges to certain industries, at the expense of others, is encouraging a edent which, in its simplest definition, means robbery, and which in its resnlts j involves burdening t lie people to ! ize a pauper industry at the blatant appeal of those whose sole object was to ■ profit by selling supplies to the j trial poorhojise thus set ud.