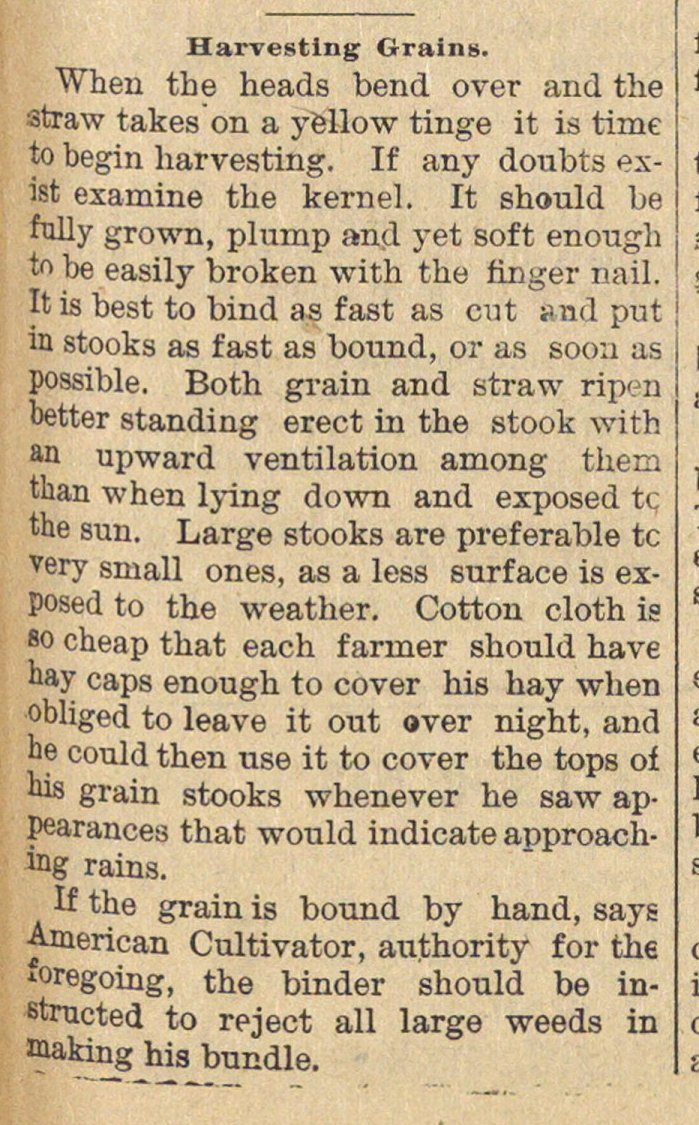 When the heads bend over and the straw takes on a yèllow tinge it is time to begin harvesting. If any doubts exíst examine the kernel. It should be i ftilly grown, plump and yet soft enough t" be easily broken with the tinger nail. ! It is best to bind as f ast as ent and put j in stooks as f ast as bound, or as soo:i as possible. Both gi-ain and straw ripen better standing erect in the stook with sa upward ventilation among them than when lying down and exposed te the sun. Large stooks are preferable te very small ones, as a less surface is exposed to the weather. Cotton cloth is so cheap that each farmer should have hay caps enough to cover his hay when obliged to leave it out over night, and he could then use it to cover the tops oí ois grain stooks whenever he saw apPearances that would indícate approaching rains. If the grain is bound by hand, says American Cultivator, authority for the loregoing, the binder should be instructed to reject all large weeds in making hia bundie.