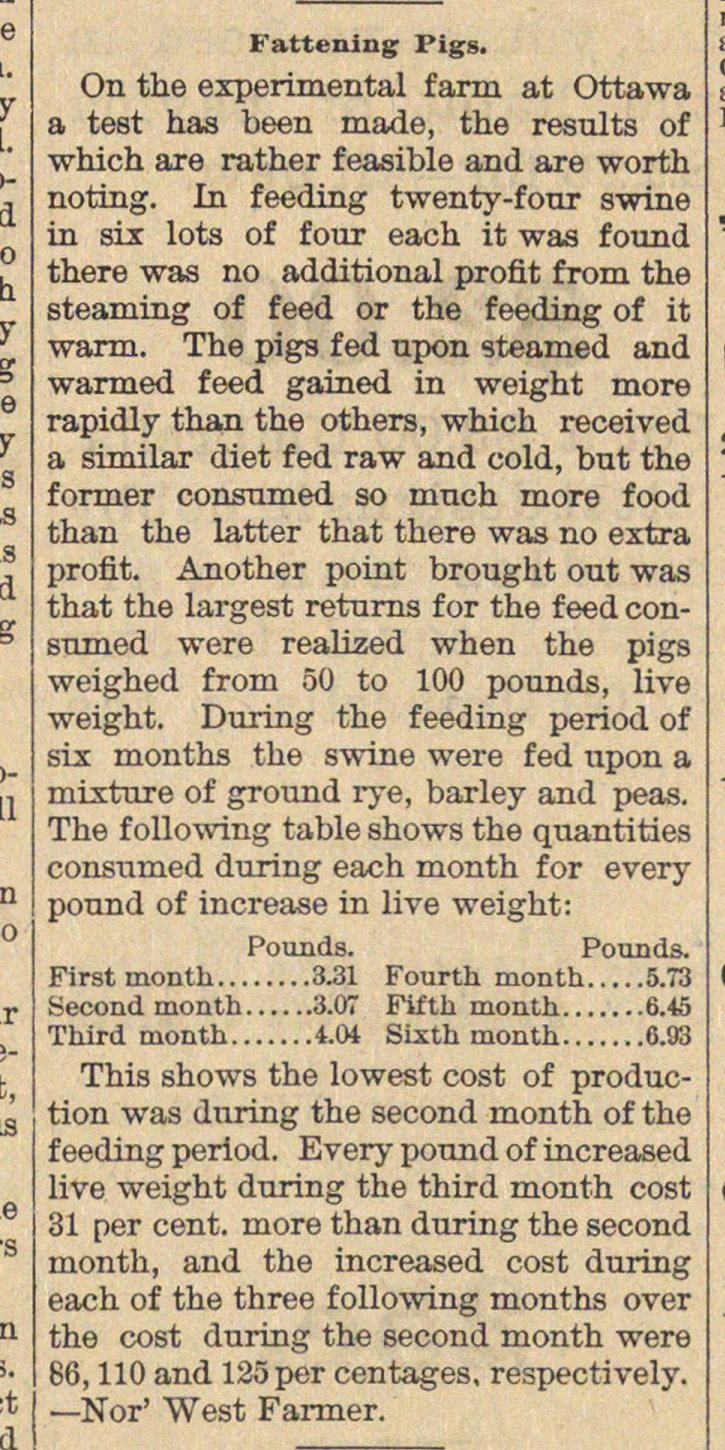 On the experimental farm at Ottawa a test has been made, the resul ts of which are rather feasible and are worth noting. In feeding twenty-fonr swine in six lots of four each it was found there was no additional profit from the steaming of feed or the feeding of it warm. The pigs fed apon steamed and wanned feed gained in weight more rapidly than the others, which received a similar diet fed raw and cold, but the former consnmed so much more food than the latter that there was no extra profit. Another point brought out was that the largest returns f or the feed consnmed were realized when the pigs weighed from 50 to 100 pounds, live weight. During the feeding period of six months the swine were fed upon a mixture of ground rye, barley and peas. The f ollowing table shows the quantities consiimed during each month for every pound of increase in live weight: PouBds. Pounds. First month 3.31 Fourth month 5.73 Second month 3.07 Fif th monXh 6.45 Third month 4.04 Sixth month 6.93 This shows the lowest cost of production was during the second month of the feeding period. Every pound of increased live weight during the third month cost 31 per cent. more than during the second month, and the increased cost during each of the three following months over the cost during the second month were 86, 110 and 125 per centages, respectively.