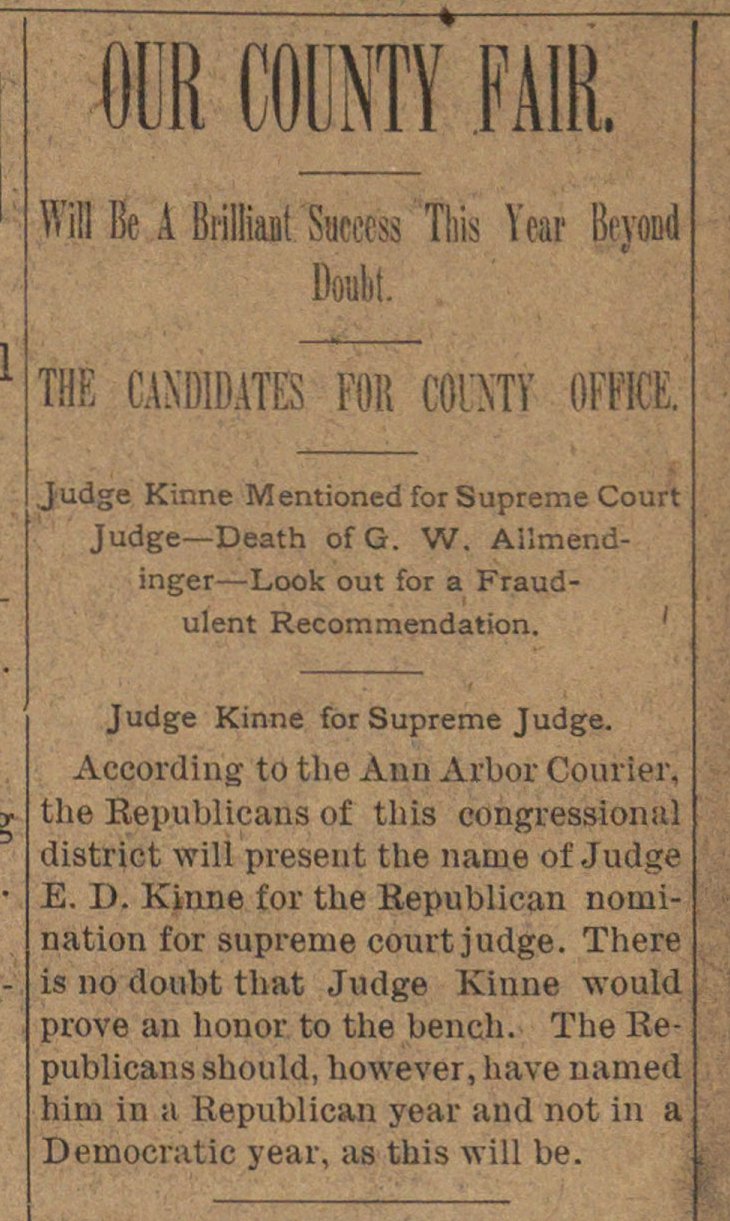 According to tlie Anii Arbor Courier, the Bepublicans of tliis congressional district will present the name of Judge E. D. Kinne for the Republican nornination for supreme court judge. There is no doubt that Judge Kinne would prove au honor to the bench. The Kepublicans should, however, have named hipo in a Republican year and not in a Democratie year, as this will be.