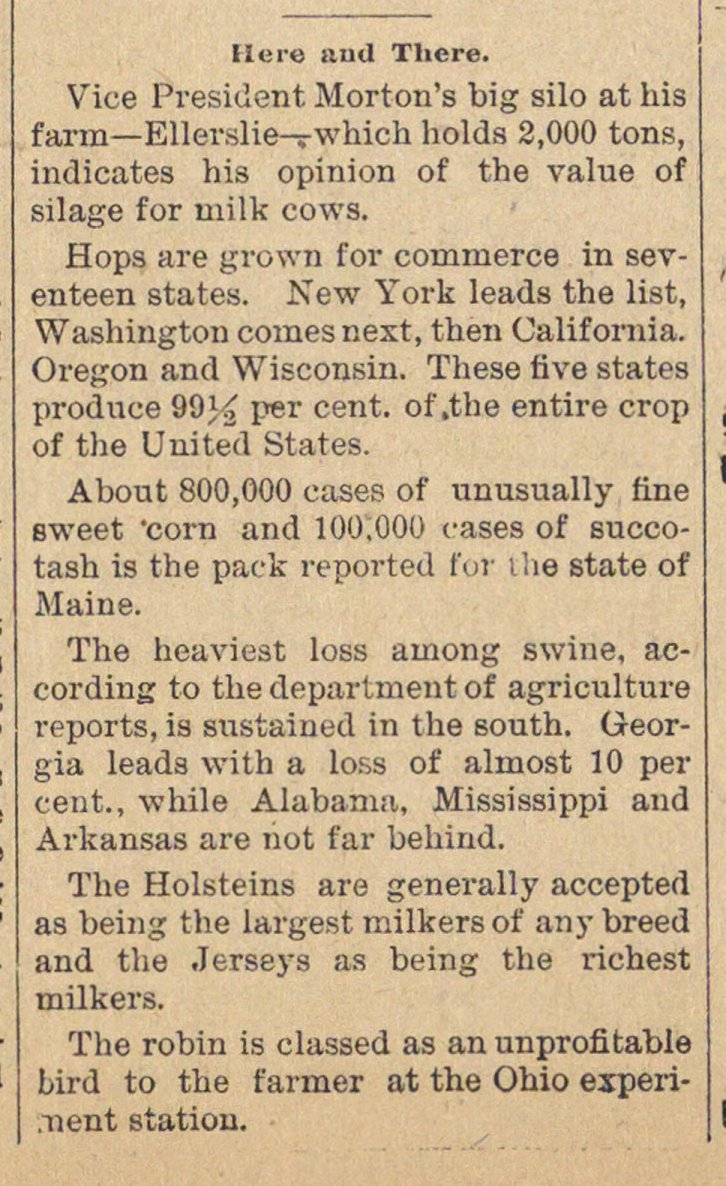 Vice President Morton's big silo at his farm- Ellerslie-vwhich holds 2,000 tons, indicates his opinión of the value of silage for milk cows. Hops are grown for coinmerce in seventeen states. New York leads the list, Washington comes next, then California. Oregon and Wisconsin. These five states produce 99} per cent. of .the entire erop of the United States. About 800,000 cases of unusually fine Bweet 'cora and 100,000 cases of succotash is the pack reported for ilie state of Maine. The heaviest loss among swine, according to the department of agricultura reports, is sustaiued in the south. Georgia leads with a loss of almost 10 per cent., while Alabama, Mississippi and Arkansas are not far behind. The Holsteins are generally accepted as being the largest milkers of any breed and the Jerseys as being the richest milkers. The robin is classed as an unprofitable bird to the farmer at the Ohio experiment station.