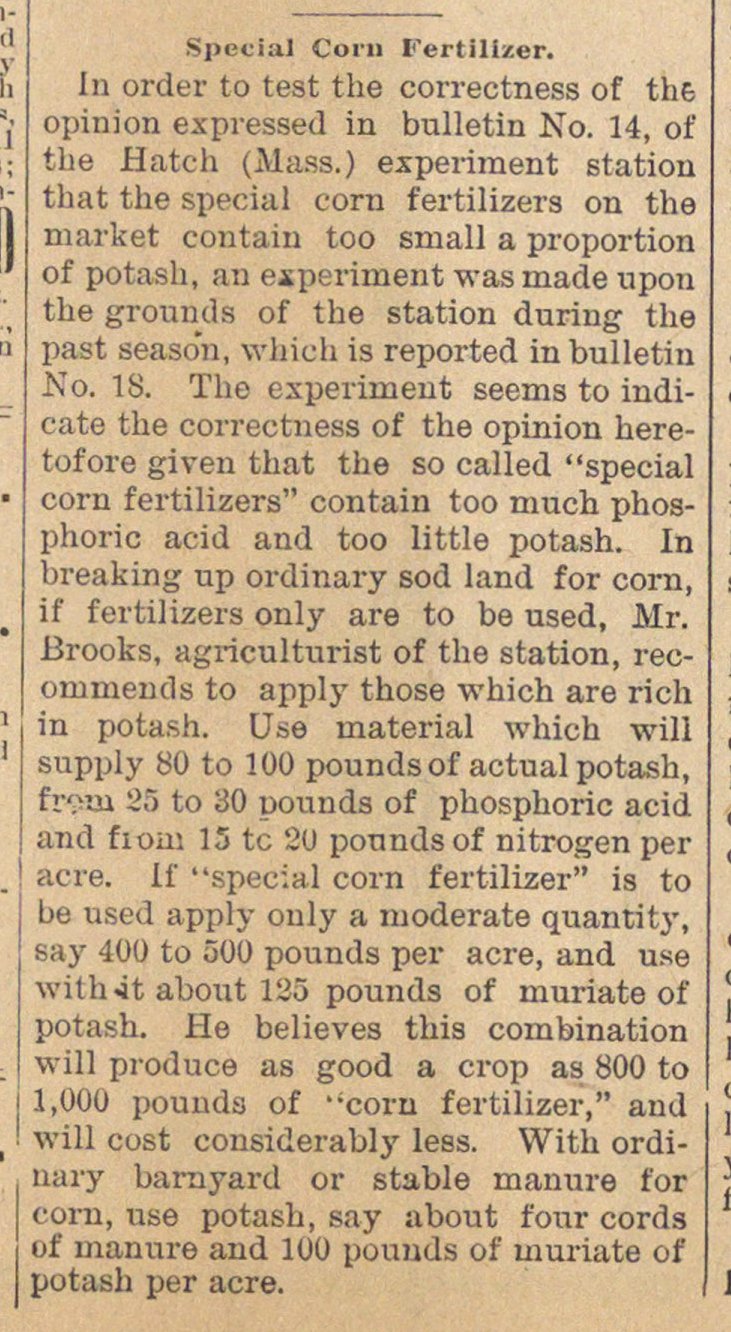 In order to test the correctness of the opinión expressed in bulletin No. 14, of the Hatch (Mass.) experiment station that the special corn fertilizers on the niarket contain too small a proportion of potash, an esperiment was made upon the grounds of the station during the past seaso'n, whieh is reported in bulletin Ko. 18. The experiment seems to indícate the correctness of the opinión heretofore given that the so called "special corn fertilizers" contain too much phosphoric acid and too little potash. In breaking up ordinary sod land for corn, if fertilizers only are to be used, Mr. Brooks, agriculturist of the station, recommends to apply those which are rich in potash. Use material which will supply 80 to 100 poundsof actual potash, fvni 2ii to 30 uounds of phosphoric acid and fiou; 15 te 2U poundsof nitrogen per acre. if "special corn fertilizer" is to be used apply only a moderate quantity, gay 400 to 500 pounds per acre, and use witb.4t about 125 pounds of muríate of potash. He believes this combination will produce as good a erop as 800 to 1,000 pounds of "'corn fertilizer," and will cost considerably less. With ordinary barnyard or stable manure for corn, use potash, sny about four cords of manare and 100 pounds of muríate of potash per acre.