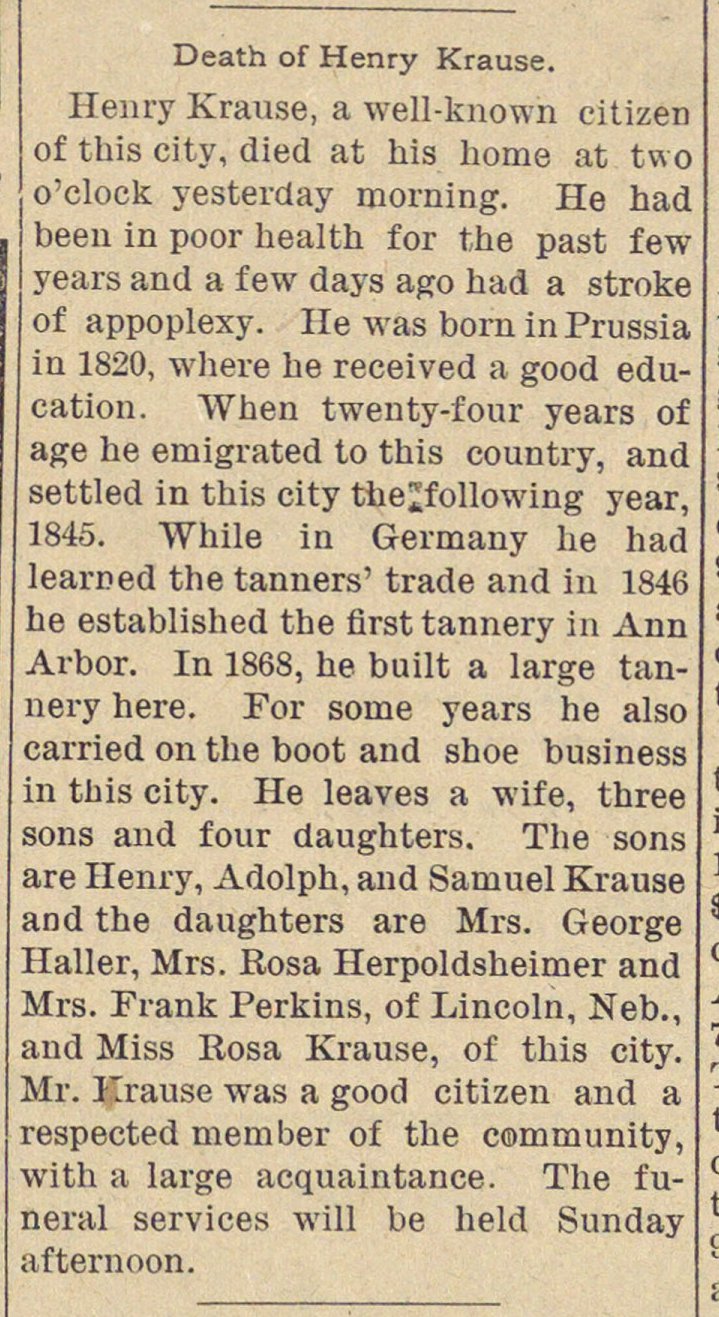 Heiiry Krause, a well-known citizen of this city, died at his home at two o'clock yesterday morning. He had beeu in poor health for the past few years and a few days ago had a stroke of appoplexy. He was born in Prussia in 1820, where he received a good education. When twenty-four years of age he emigrated to this country, and settled in this city thefollowing year, 1845. While in Germany he had learced the tanners' trade and in 1846 ti e established the firsttannery in Ann Arbor. In 1868, he built a large tannery here. For some years he also carried on the boot and shoe business in this city. He leaves a wife, three sons and four daughters. The sons are Henry, Adolph, and Samuel Krause and the daughters are Mrs. George Haller, Mrs. Rosa Herpoldsheimer and Mrs. Frank Perkins, of Lincoln, Neb., and Miss Rosa Krause, of this city. Mr. Krause was a good citizen and a respected member of the community, with a large aequaintance. The funeral services will be held Sunday afternoon.