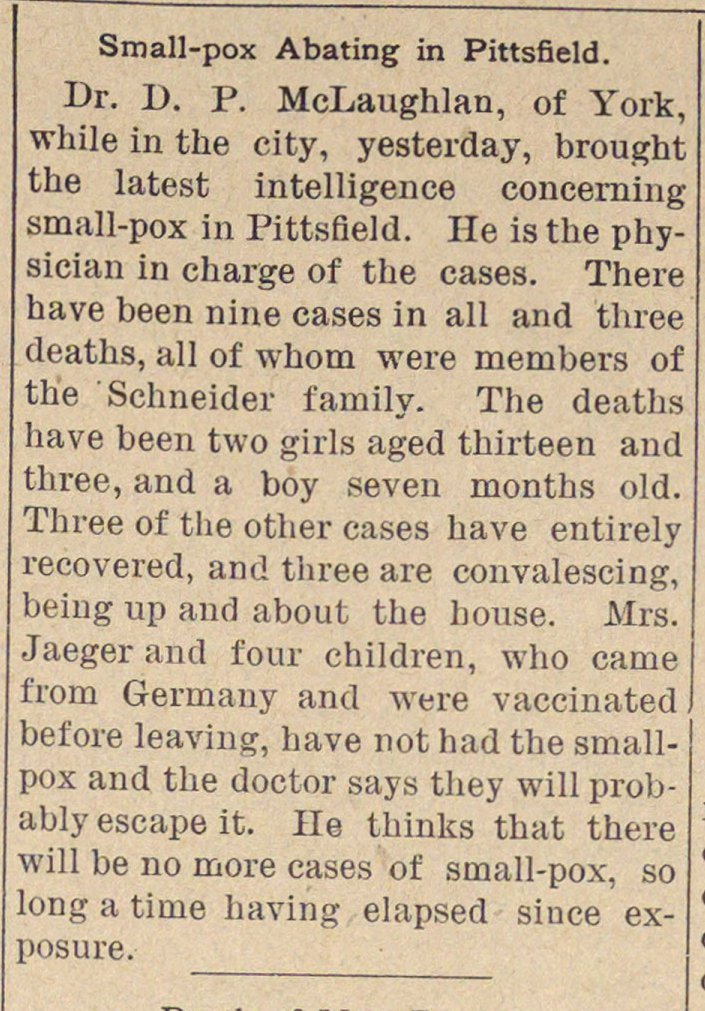 Dr. D. P. McLaughlan, of York, while in the city, yesterday, brought the latest intelligence concerning small-pox in Pittsfield. He is the physieian in charge of the cases. There have been nine cases in all and three deaths, all of whom were members of the Sehneider family. The deatlis have been two girls aged thirteen and three, and a boy seven months old. Three of the other cases have entirely recovered, and tiiree are convalescing, being up and about the house. Mrs. Jaeger and four children, who came from Germany and were vaceinated before leaving, have not had the smallpox and the doctor says they vvill probably escape it. He thinks that there will be no more cases of small-pox, so long a time having elapsed since exposure.